We host blogs from some of the leading voices in natural health and wellness. The opinions and advice expressed are those of the authors, and do not necessarily reflect those of Taste For Life Magazine.  Please contact Ann Louise Gittleman, Ph.D., C.N.S. with any questions about this content.

Do you feel like there is something dragging you down? Something you can’t put your finger on—you can’t quite describe—but it’s definitely there, negatively affecting your state of well-being, your health, and your peace.

The EMFs surrounding you may be causing a disruption to your body’s electrical system and energy field – and 5G is only going to make that worse.

Your body is an exquisitely tuned and sensitive electrical wonder. You might be surprised to know that everything your body does is made possible by electricity. Your brain functions much like a computer, running the whole show on electrical waves. All the sensory information it sends and receives is electrical—hunger, pain, danger, and so much more. This includes the neurons that discharge when you move a muscle, the signals that tell your body to heal a wound, and even the beating of your heart.

Evidence of the body’s energy field has been highlighted by numerous disciplines, from the biological and medical sciences to quantum physics. Everything and everyone possess their own unique vibrational energy field and it interacts with the energy field of everything around it – other people, animals, plants, foods, and music. All these energy patterns influence your health by either boosting or harming it.

Computers, cell phones, TVs, tablets and other electronic devices also have energy fields that interact with and influence our own. These devices emit unnatural electromagnetic fields, or EMFs—radiation that is not in harmony with our natural energy fields. For many, this energetic disruption is barely perceptible, but for more electrosensitive individuals the effects can be debilitating. Electrosensitive individuals can experience exhaustion, headaches, dizziness, insomnia, heart palpitations and other arrhythmias, plus an array of other symptoms.

Regardless how sensitive you may be, science has shown that significant biological disruptions are occurring for all of us, whether we feel them or not. Perhaps you feel ill immediately upon entering a room that has Wi-Fi, or maybe you just sense that something isn’t quite right. Either way, you need to be aware how EMFs stress your body and disrupt your vital energy field.

I first wrote about my experiences with clients whose health was dramatically affected by EMFs in my 2010 book Zapped. We now know I was a visionary on this subject and, unfortunately, the health effects have only gotten worse in the near decade since that book was written. My good friend Dr. Stephen Sinatra believes that “electro-hypersensitive” people may really be the proverbial canaries in the coal mine, giving us clues to an even more serious epidemic in the works.

The dangers of ionizing radiation—such as x-rays and gamma rays—are well-known, stripping electrons from atoms and causing a multitude of serious health problems, including cancer. But science has established that non-ionizing radiation has its own set of very concerning biological effects. Some “experts” claim wireless devices are safe because they operate at radio frequencies (RF), which are part of the spectrum of non-ionizing radiation – but this isn’t the whole story. So let’s break down the science behind what’s really going on with EMFs and 5G.

Non-ionizing radiation is emitted by cell phones and cell towers, power lines, computers, routers, cordless phones, baby monitors, smart meters, appliances, and the like. Even ordinary electrical wiring in your home falls into this category. EMFs include electrical, magnetic, and radio frequency fields.

All of these produce oxidative stress due to triggering a massive influx of calcium into the cell. EMFs also damage mitochondria, the “power plants” inside your cells, which compromises ATP production. According to the  Bioinitiative Report, EMFs are now directly associated with the following biological effects:

Today, we are heavily blanketed by these unnatural, biologically incompatible frequencies. But it doesn’t stop there… 5G is rolling out.

5G, or fifth generation wireless technology, is currently being installed in various cities, to be fully implemented in 2020. It will not replace 4G but rather add to it. 5G uses higher-energy but shorter waves in the “millimeter band” (above 10GHz) because that’s the only part of the spectrum that is still available.

The military and satellites have used millimeter band waves for decades—in fact, your TV’s satellite dish runs on them. A 5G wireless network is ten times faster than 4G LTE and can handle 1,000 times more traffic. So what’s not to love?

Not only does this energy carry all of the risks of 4G, but scientists express concern about additional risks to the skin, eyes, heart, and immune system. It’s important to understand that the frequency of your heart and brain are 8 to 10Hz, so we are already exposed to forces millions of times stronger than what our bodies are generating. With the addition of 5G, we will be living in an even denser electrosmog soup. These smaller 5G waves are unable to travel very far so transmitters will have to be nearly everywhere—on every lamp post, utility pole, home and business.

Dr. Ben-Ishai of Hebrew University states that our sweat ducts act like little antennas when exposed to these wavelengths, making us more electrically conductive. Your body has between two and four million sweat ducts, and his scientists found that these 5G millimeter waves are capable of amplifying physical pain because our skin perceives them as damaging stimuli.

Another concern is that 5G can be absorbed by plants and rain. Plants are a food source for humans and animals alike, and we have no idea of the implications of 5G millimeter wave-contaminated food. It is important to realize that the effects of radiation are cumulative, and we have ongoing exposures from many different sources. Adding an ever-increasing load of EMFs to the mix only increases our risk.

Is 5G History Repeating Itself?

With 5G, history is sadly repeating itself. In the early 1900s, factory workers began to show up at doctors’ offices with symptoms that look like the common cold, the flu, and bronchitis. The doctors couldn’t figure out what was wrong with these patients and sent them home.

Those doctors knew about asbestos, they heard about the early research, but didn’t think an invisible toxin could be the root cause of all these mystery illnesses.

These factory workers came in by the thousands, but never got the medical care they needed.

The “Invisible Toxin” is EMF radiation from cell phones, wifi, and cell towers. The ‘Mystery Symptoms’ are extreme fatigue, insomnia, brain fog, depression, or anxiety that often don’t go away with diet, exercise, and supplements.

New research shows that “EMFs” coming from your cell phone, wifi, and cell towers can be just as bad as smoking cigarettes. Remember what “Big Tobacco” did not so long ago? They spent loads of money to cover up evidence that smoking was bad for you.

They were so good, even doctors believed that tobacco was safe. Doctors used to smoke with their patients around, and even recommended smoking as a cure for sore throat.

In 2019, “Big Wireless” has people believing that Wireless technologies like 5G and other EMFs are perfectly safe. But here’s the truth: A major US government study showed “Clear Evidence” that EMFs are a carcinogen… Just like Tobacco or Asbestos.

Staying Calm in the Midst of Chaos 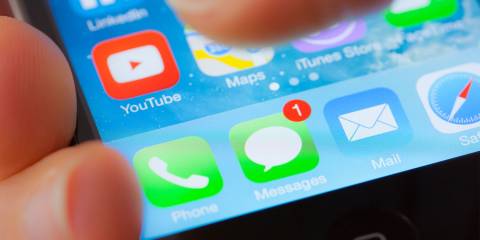