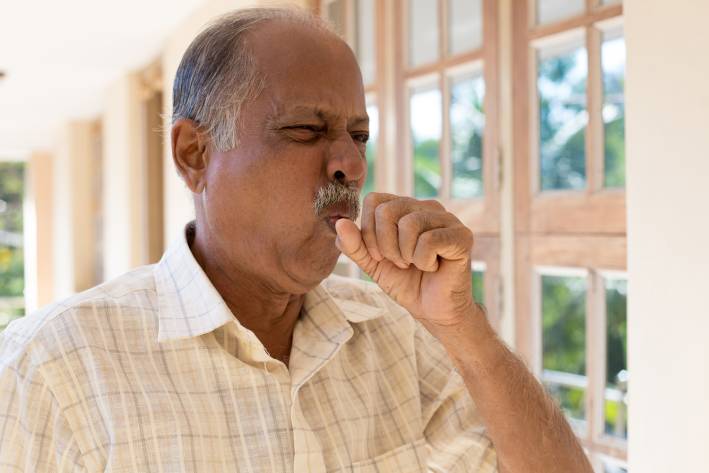 We host blogs from some of the leading voices in natural health and wellness. Please contact Dr. Jacob Teitelbaum, MD with any questions about this content.

Emphysema represents severe lung damage, most often from smoking, toxic chemical/substance exposures, or chronic bronchitis. It can cause significant shortness of breath, wheezing and limitations in activity.

In the past, emphysema was believed to represent almost entirely irreversible lung damage. And chronic bronchitis was the step before emphysema. Fortunately, there does appear to be a significant reversible component to both of these conditions, and at these levels of lung damage even small increases in lung function can translate into large increases in your being able to function.

This means aggressively going after:

Are you frequently short of breath? By practicing yoga, relaxation techniques or deep-breathing exercises, your sense of breathlessness can go down dramatically. Important: for the deepest breath, breathe from your belly rather than your chest. To check to see if you are doing this, put one hand gently over your belly.  If it's rising and falling as you breathe, you're doing it correctly.

Our clean tasting, certified organic CBD tincture can help with sleep and stress. Get 20% off your first order with code: TFL20