Pasta can be found in an extraordinary number of varieties and shapes. A comprehensive list would be encyclopedic in length.

The same shape of pasta can have a different name depending on the region it is from. Sometimes the same name can even be used for a number of different shapes, depending on where you are.

When I first visited Verona to create a cooking school in its wine country, I was taken aback when I ordered lasagna at a restaurant and was served what to me were tagliatelle, noodles that are slightly wider than fettuccine (which by the way are called lasagnette in Verona).

The dish of baked lasagna that the rest of Italy is familiar with is called pasticcio in Verona.

Filled pastas shapes can be even more confusing. In Bologna, tortelloni are the large version of tortellini, the bishop’s hat-shaped pasta, which in Romagna are instead called cappelletti.

Listed below are the shapes you are most likely to encounter in Italy. They are divided into two main categories: flour-and-water pastas, and egg pastas.

Picking The Right Shape for The Sauce

The variety of pasta shapes available is not simply fanciful: most sauces are best suited to certain shapes.

Long pasta shapes, such as spaghetti and linguine, are usually best with smoother sauces that don’t have chunks of vegetables or meat.

Chunky sauces are best suited to tubular shapes such as penne, rigatoni, and maccheroni and many of the special shapes, such as fusilli, shells and cartwheels.

Check out these other pasta tips and tricks: 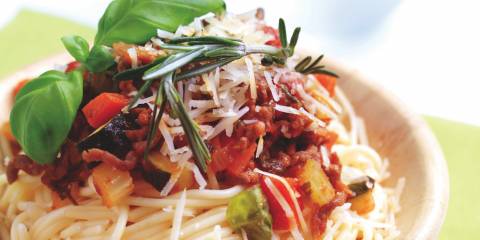 How to Make Great Pasta 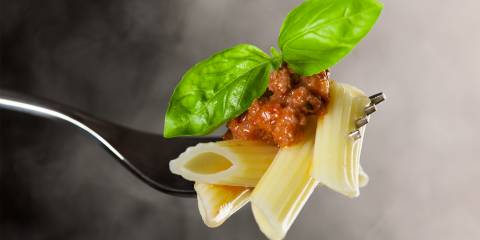 How to Make Great Pasta

Coenzyme Q10 is a vitamin-like compound that plays a central role in cellular energy production. It's found throughout the body, concentrated in the heart, liver, and kidney. Production has been found to decline with age. CoQ10 works as a free-radical scavenger in cell membranes, as well as within blood vessels. Research has shown that CoQ10 helps maintain a healthy heart and vascular system.§