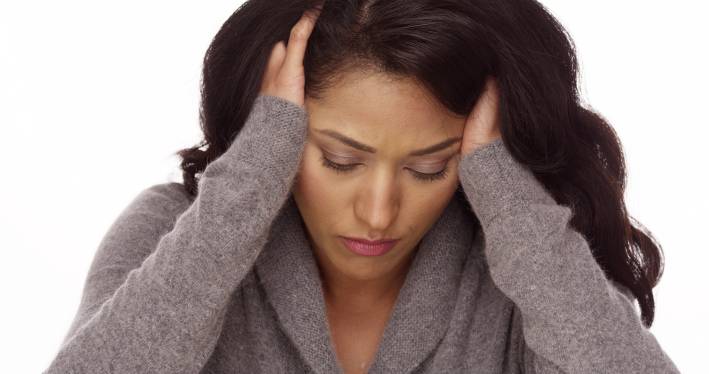 Your adrenals are two little glands that sit at the top of each kidney. A gland is an organ in the body that secretes hormones. So your thyroid secretes thyroid hormone, and your ovaries secrete the hormone estrogen, the testes secrete testosterone, and you adrenal gland secretes an array of adrenal hormones. The adrenal gland makes over 50 hormones, including epinephrine (adrenaline), norepinephrine (noradrenaline), cortisol, aldosterone, and dehydroepiandrosterone, better known as DHEA.

These hormones are crucially important, and play a role in regulating immune system function, blood pressure, metabolism, and your physiological (and even psychological) response to stress.

How Adrenal Glands Work Under Stress

While your adrenal hormones play a role in every day body functions, they are perhaps best known as the mitigators of your fight or flight response.

If you work a double shift and are dead on your feet, walking home sluggishly with many a yawn, I absolutely guarantee that if a tiger jumps out of the bushes, you will not be too sleepy to respond. In fact, you will be wide awake, with your hair standing on end. Your heart rate will increase and push more blood into your muscles, diverting it temporarily from nonessential functions like digestion to give you more strength. Sugar will be dumped into your bloodstream to give you more energy. Your pupils will dilate, your breathing will become rapid, and you may feel the sudden urge to empty your bladder, and maybe even your bowels.

There are many different types of stress that can cause your adrenals to react. It could be relationship issues or job loss, or a physical threat or the fear of a physical threat, or environmental stressors such as exposure to the cold or extreme heat. One of the most important responsibilities of the adrenal glands is to give us the emergency energy and strength we need to rescue ourselves from a bad situation, whether that be by fighting off a mugger or climbing out of a burning house.

We live in a world of near constant stimulation, and even enjoyable stimulation creates a certain amount of stress. The invention of the electric lightbulb changed the industrialized world’s sleep patterns forever. Our Stone Age bodies (and adrenal glands) are struggling with trying to keep up.

Over Stressed and Under Productive Adrenals

There are a variety of adrenal gland diseases in which adrenal hormone production is either over or under-active. One of the best known is Addison’s Disease, in which the adrenal glands fail to produce enough cortisol. President John F. Kennedy suffered from Addison’s and had to receive injections of cortisol to compensate for the hormones his adrenal glands could not make. Untreated, Addison’s Disease can be fatal.

However, a person does not need to have one of these diseases to have problems with suboptimal adrenal function. Hormone production can be suppressed by an unexpected number of issues, such as chronic stress, poor diet, certain prescription medications, drug abuse, excessive alcoholic beverages, and even the aging process itself. It is also true that chronic stress can cause excessive cortisol release and upset its connection to our circadian rhythms, which is one reason so many people with stress in their lives have such disrupted sleep.

I have a cousin who never stops. She starts her day with boundless energy and seems to end it that way, too. She is optimistic and resilient, regardless of what life throws her way. She has the sunniest smile and a wicked sense of humor. Though she just turned 51, her muscles are strong and her hair is thick and shiny. She has two jobs, one husband, five children involved in everything from theater to sports, and still finds the time to participate in a number of sports herself and serve in various organizations. If ever there was a human Energizer Bunny, it would be her. I think she must have absolutely amazing adrenal glands. I have often wished I inherited the same adrenal genes.

Suboptimal adrenal function is the opposite. Instead of strength, you have weak muscles. Hair can be dull. Anxiety and worry are triggered by even small adversities. Energy is low, and any kind of stress is overwhelming. Other physical symptoms include nausea, dizziness when standing from a sitting position, depression, weakened immunity, and sometimes salt cravings.

While it is important to get your symptoms checked out by your healthcare provider, there are excellent natural interventions that can make a real difference.

Adaptogens are herbs that increase your ability to adapt (hence the name), which is much of what your adrenal glands do as well. I always say that adaptogens don’t push up or down—they push towards normal. Two of the best adaptogens for adrenal function are ashwagandha and rhodiola.

​Ashwagandha (Withania somnifera) is well known in Ayurveda, where it has been considered a potent medicine for a wide variety of problems. Modern science has borne out these traditional claims and has found that, among other things, ashwagandha modulates the production of cortisol. In a study of a specialized ashwagandha called KSM-66 found that after 2 months of use, physical symptoms of stress decreased by 76%, insomnia decreased 69%, and depressive symptoms decreased by 79%.

Rhodiola (Rhodiola rosea) is equally beneficial for supporting healthy energy, stamina, and adrenal activity. Early studies found that this herb can increase production of norepinephrine in the brain, which enhances focus and mood. Other studies support its ability to improve mood and a sense of well-being.

Not all rhodiola has the same activity. It is important to look for standardizations to the key compounds, which should be more than 5% rosavins and more than 1.8% salidrosides.

There have been some concerns with licorice raising blood pressure, but the dose for that would be measured in grams. The issue was discovered amongst people in Europe who loved licorice candy and ate quite a bit on a daily basis. Licorice is used in European licorice, but most of what we call licorice in the US is flavored with anise instead. Some folks saw an increase in their blood pressure. Lower dosages are not problematic.

There is a form of licorice used to help heal stomach ulcers called deglycyrrhizinated licorice (DGL). This form of licorice will not raise blood pressure, but it will not help your adrenal function, either. So use DGL if you have stomach issues, but not for adrenal hormone support.

Some of the best nutrients available for energy, stamina, and healthy adrenal function are the B-vitamin family. However, like all families, some members are a bit more active than others. The usual form of B12, for example, is called cyanocobalamin. The body has to turn it into the bioactive form (the form your body can use) called methylcobalamin. Many people are not efficient at this conversion, and do not thrive when using ordinary B12. The same is true for vitamin B6 (pyridoxine vs pyridoxl-5-phosphate) and folic acid vs. folate or methylfolate.

These B-vitamins are used for the creation of certain adrenal hormones in addition to having independent functionality. Therefore, if using B-vitamins, I always recommend using the bioactive Bs, because you are assured that it will promote your health.

A Long and Happy Life

Taking care of your adrenal glands is important to both your physical and psychological health. You will be amazed at the difference in your energy, stamina, and outlook on life with healthier adrenal function.

“In vitro and In silico Evaluation of the Potential for Neuroprotection of RhodioLife, a Rhodiola rosea Roots Extract” by J.M. Zubeldia et al.,  J Food Studies, 2013 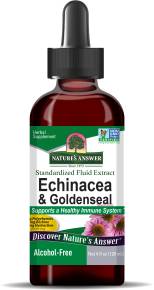