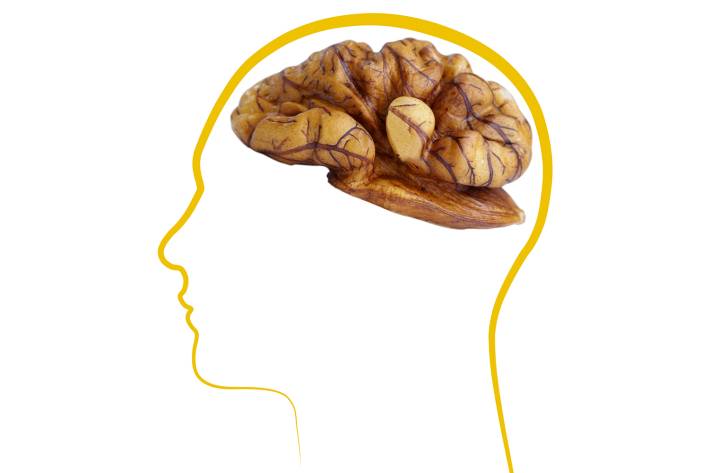 We host blogs from some of the leading voices in natural health and wellness. Opinions and views expressed by the author are their own, and do not necessarily represent those of Taste For Life or its editorial staff. Please contact Lynn Tryba with any questions about this content.

When you visit The Charlie Foundation for Ketogenic Therapies website, you see a quote at the top of the homepage: “In 1993 the ketogenic diet cured Charlie Abrahams’ epilepsy.”

“Cured” is a word you don’t often see. To learn more, I reached out to Charlie’s dad, Jim Abrahams (who directed the Hollywood movie Airplane! in 1980). Abrahams is the co-founder of The Charlie Foundation, established in 1994 to provide information about ketogenic diet therapies for people with epilepsy and other disorders.

“The word cure is controversial,” Abrahams said. “The Epilepsy Foundation raises money by saying there are no cures. But I know hundreds of people who have been cured. Charlie turned 30 in March 2022, and he has had no seizures in 25 years.”

This story starts in 1993, when 11-month-old Charlie developed severe epilepsy, sometimes suffering as many as 100 seizures a day, even while on several medications. His medication-resistant condition, known as refractory epilepsy, occurs in about 30 percent of people with epilepsy, according to Johns Hopkins Medicine. Even brain surgery provided no relief. And the drugs his son had to take had massive side effects, effectively turning him into a nonfunctioning zombie, Abrahams said.

Desperate to help Charlie, Abrahams began reading medical studies at the library. He came across a study published in late 1992 in Epilepsia, the leading authoritative source for clinical research for all aspects of epilepsy and seizures. The study showed that in 58 consecutive cases, putting kids as sick as Charlie on the ketogenic diet improved seizure control in 67 percent of them. When Abrahams came across that study, only about a handful of children around the world were still being treated with a keto diet, despite the fact that it was a well-established approach to controlling epilepsy.

As the 1992 study explained, “the ketogenic diet was developed in the 1920s as a treatment for intractable childhood seizures when few antiepileptic drugs (AEDs) were available.” However, as AEDs were developed by pharmaceutical companies, doctors began abandoning the keto diet in favor of using drugs.

“There are still children whose seizures are refractory even to modern therapy, but use of the ketogenic diet appears to be waning,” the 1992 study warned. “At Johns Hopkins, we continue to believe that the diet is very effective and well accepted by patients and families.”

“The study was hot off the presses,” said Abrahams. “Still, no doctors had mentioned it to me. I called Dr. John Freeman at Johns Hopkins,” who had worked on the study.

Dr. Freeman immediately began working with the family. In just one month on the original ketogenic diet designed in 1923 by Dr. Russell Wilder at the Mayo Clinic, Charlie became seizure- and drug-free. There are five variations of the keto diet, and “classic keto,” the original, is the strictest, with 90 percent of calories coming from fat, 6 percent from protein, and 4 percent from carbs.

“Most kids like Charlie can get off the keto diet after 18 months to two years. After two years, they are drug- and seizure-free,” said Abrahams. “We tried after two years to wean him off the diet, but the seizures returned. For his brain to heal itself took longer than some other kids.”

The family was able to get Charlie off the keto diet after a total of five years. The seizures never returned, and Charlie now eats whatever he wants.

While Abrahams was very grateful his family got Charlie back, he began to realize that much of the suffering his son went through had been unnecessary. He would wake up in the middle of the night, thinking "90 percent of these seizures didn't have to occur. This was not a pie-in-the-sky diet,” he said. “There were 70 years of medical history about the diet and how well it worked for kids like Charlie. Different hospitals with the same patient populations published about the efficacy and had the same results. For roughly one-third of the children who experienced multiple daily seizures, the seizures went away with the ketogenic diet.”

Abrahams expressed his frustration in a 1994 Dateline special. "You pour the drugs down your child's throat despite the fact there's something inside you that says, 'Wait a minute, this can't be right.'"

Dr. Donald Shields, a child neurologist, was one of Charlie's doctors. He also appeared on the Dateline episode to talk about the drug protocols he had tried with Charlie. Most of the mainstream drugs had been exhausted, and Dr. Shields was considering using more experimental ones. Even though he had some knowledge of the work Johns Hopkins was doing with the keto diet, he admitted on the program that he had tried to dissuade the family from pursuing the dietary approach.

Abrahams soon channeled his anger into action, first co-founding The Charlie Foundation with his wife, Nancy, in 1994. In 1997, he directed and produced “First Do No Harm,” a made-for-television movie starring Meryl Streep that somewhat mirrors his family’s experience with the ketogenic diet, highlighting the side effects anticonvulsive drugs can have on children with epilepsy.

“When we started the foundation, I said, ‘I’ll be doing this maybe a year. It’s so obvious. Do you want to drug your kid, cut his brain, or change his diet?’ I was wrong,” Abrahams said.

Thirty years ago, when Abrahams questioned doctors about how much of their formal medical training was devoted to studying nutrition and diet therapies, he would usually get an answer of “zero” or worse, a lecture.

Back then, the doctors would argue that they didn’t have the science so they couldn’t recommend the diet, he said. But now the mechanisms of how the ketogenic diet works are understood and its effectiveness against certain diseases, like epilepsy, are known in the medical field.

Still, Abrahams gets emails every year from upset families saying their doctors never mentioned the ketogenic diet. “It’s a broken record. It’s more maddening today than it was 20 to 30 years ago. I still struggle with the whole notion of forgiveness.”

If a person is working with a trained dietitian and there are no contraindications, like if the body can’t digest fat, there’s no excuse not to recommend the keto diet, he said. He used to believe that if a neurologist ended up having a child with epilepsy, that would help advance the use of the diet. Over the years, he did meet two neurologists in that position, neither of whom put their children on the keto diet. While this may seem baffling, it makes a certain type of sense to Abrahams.

“Imagine being a 60-year-old neurologist. God knows how many patients you never recommended the diet to even with the abundance of efficacy. How do you look in the mirror and think, ‘How many people’s lives did I screw up?’ All of the other influences add up. Medical schools—who designs the curricula? Is that influenced by the drug companies? I don’t know. Let food be they medicine has been around 2,500 years. There are powerful forces that influence our medical system that don't have much to do with good health."