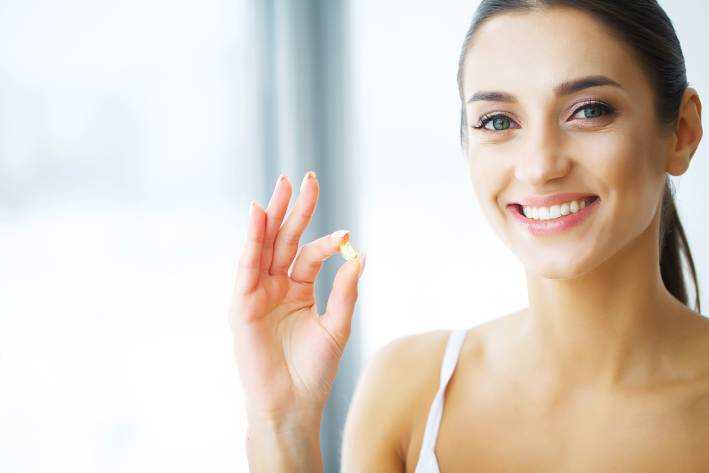 Omegas are a great dietary or supplement choice for people who want to keep their skin youthful looking. But did you know that they also may alleviate some chronic or occasional skin conditions? Here’s the skinny on omega fatty acids.

How Do Fatty Acids Help Your Skin?

Just how essential to skin health are the so-called essential fatty acids?

Nearly 100 years ago, researchers put rats on a no-fat diet. Among other health problems, the rats developed skin abnormalities and transepidermal water loss. Reintroducing saturated fats did not reverse the skin damage, but when the rats were fed polyunsaturated fatty acids—omega 3s and 6s—the skin issues completely cleared up. The essential fatty acids can’t be made in the body, so we need to get them through food or supplements.

How Omegas Help Your Skin

You can get omegas through the food you eat, as dietary supplements, and as topical supplements that you apply directly to your skin. Both 3s and 6s are critical to keeping your skin healthy and looking its best.

If you or a family member deals with a skin condition, consider omegas, especially omega 3s. In addition to playing a role in the overall health of your skin, they can improve a variety of skin disorders. Consider the research!

Balancing Omega 3s and 6s in Your Diet

We need both omega 3s and omega 6s for skin health. Most Americans consume too much omega-6 fatty acid due to its presence in commericially processed vegetable oils and grains but not enough gamma linolenic acid (GLA), a powerful anti-inflammatory from the omega-6 family. Good sources of GLA are borage oil, evening primrose oil, and black currant seed oil.

The standard American diet is typically too low in omega 3s. A good step toward skin health, then, is upping your intake of dark green, leafy vegetables, fish and fish oils, walnuts, and flaxseeds. Consider adding omega 3 and omega 6 supplements to your routine. 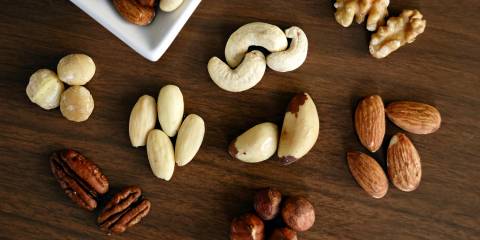 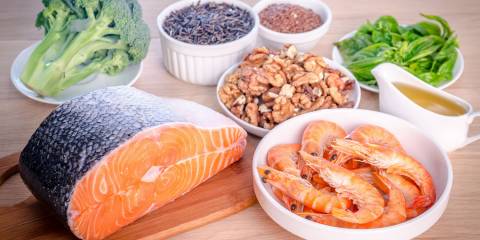