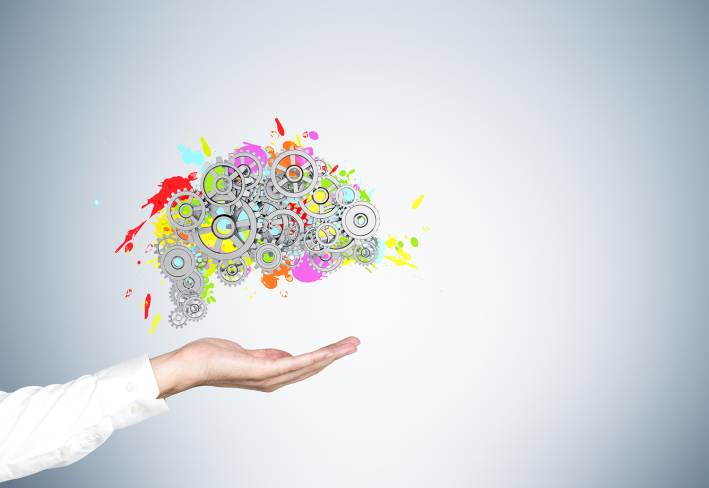 Aside from oft-touted (and sound) advice to eat a well-rounded diet and exercise to keep your brain sharp at every age, Mark Menolascino, MD, medical director of the Meno Clinic in Jackson Hole, WY, encourages his patients to consider “targeted supplementation with high-quality nutritional supplements.”

Dr. Menolascino has seen the benefit to his patients, especially his older patients—even those with compromised memory—who are sensitive to fillers and binders.

When it comes to dietary supplements that boost brain power, there are a handful that rise to the top, based on research and/or a long history of use in this regard. Let’s take a look at these brainy superstars:

“My favorite for brain health is the fish oil-derived supplement called omega 3,” shares Dr. Menolascino, author of HEART Solution for Women: A Proven Program to Prevent and Reverse Heart Disease.

Getting good fats in the diet from fish may not be enough. Given the heavy metals and other toxins in fish, it can make sense to supplement with a high-quality omega-3 dietary supplement, suggests Dr. Menolascino.

The benefits of omega 3s mostly trace back to how this essential fat interacts in the inflammatory process. Many of the biggest health challenges—heart disease, autoimmune conditions, cancer, and Alzheimer’s disease—originate with uncontrolled inflammation in the body. Omega 3s dampen this inflammation, so including this in your diet or as a supplement supports a healthier body and brain.

The Global Organization for EPA+DHA recommends that adults consume 500 milligrams (mg) daily of EPA and DHA omega 3s, which is in line with many international guidelines.

Pycnogenol works at the cell level, supporting healthy blood circulation to the brain. Its antioxidant properties help protect cells from damage throughout the body. “One study found that baby boomers (age 55+) who supplemented with Pycnogenol had improved memory, focus, attention, and decision-making abilities.

Another clinical trial found that supplementing with Pycnogenol helped improve cognition in college students with test anxiety, while those students also benefited from improved mental performance and focus,” notes Dr. Pescatore. He recommends 50-100 mg of Pycnogenol daily to his patients to support cognitive health.

Nurture Your Brain with Coenzyme Q10

A nutrient called coenzyme Q10 is naturally concentrated in the mitochondria of cells—the powerhouses of energy production—where it helps convert food into energy.

Think of it like coal for a furnace, says Dr. Menolascino. But more to the point: “Coenzyme Q10 may be the most important nutrient for brain health, and it is well known that heart medications called statins will deplete the body of coenzyme Q10 and may be the link between statins causing dementia and depression.” A commonly recommended daily dose is 200 mg per day.

There are many varieties of magnesium and the best one for the brain is called magnesium threonate or magnesium glycinate, says Dr. Menolascino. This form of magnesium is thought to be particularly supportive of brain neurons.

“Think of magnesium as the ‘chill’ mineral, as it calms the nerves and may help with migraines, anxiety, and improve sleep,” he explains. He cautions his patients to avoid the form called magnesium oxide, which is a cheap version notorious for causing diarrhea. Magnesium is generally safe in a wide range of dosages, but 350 mg is a prudent starting point.

Your Baby’s Brain and Bone Development 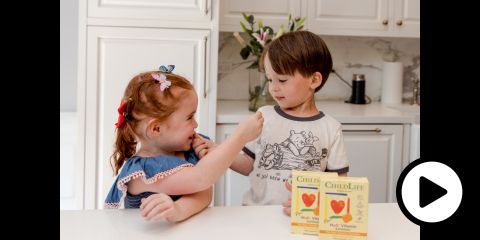 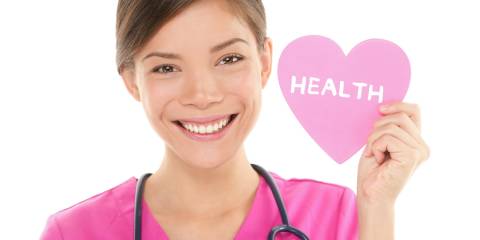 Vegums: The Multivitamin for Vegans

Containing vitamins B12, B6, D3, and folic acid, selenium, and iodine – optimized for the vegan diet. 20% off first three months subscription with Taste20%.