We host blogs from some of the leading voices in natural health and wellness. The opinions and advice expressed are those of the authors, and do not necessarily reflect those of Taste For Life Magazine.  Please contact Cheryl Myers with any questions about this content.

We have all had our bouts with serious fatigue, when we feel we are moving in slow motion and our heads are filled with cotton. When all we can think about is a place to lay our weary head and close our eyes.

My worst experience with fatigue was during a massive blizzard, when I worked in a grocery store to hand out food and medicine packages to snowmobiler volunteers for delivery to the housebound. I worked over 36 hours in a row, and by the time I reached my bed, I was confused and wobbly and as drained as I had ever been.

I think about this when I work with people who experience serious fatigue almost every day of their lives. Some may be experiencing the side effects of chemotherapy, some may have an adrenal or thyroid disorder, some are having a major depressive episode, and some are diagnosed with chronic fatigue and fibromyalgia syndrome (CFS/FMS).

The most important first step to regaining energy is to understand what is causing the problem in the first place, and this is where mainstream medicine sometimes lets us down. For example, there is evidence that chronic fatigue syndrome was reported as early 1750, but it wasn’t until the 1990s that physicians started to accept it as a legitimate diagnosis. Some doctors still do not fully accept the reality of this devastating syndrome. Upwards of a third of people with suboptimal thyroid function are misdiagnosed with depression. Medicine has a long way to go to better understand fatigue, its causes, and its treatment.

There are dietary supplements that have been proven to help with fatigue. Some of these are in a class of botanicals called adaptogens.

Adaptogens modify an individual’s response to stress and improve his or her ability to adapt. The stressors could be either physical, psychological, or both. Adaptogens increase activities in the body that generally improve energy levels and stamina, sometimes by strengthening adrenal gland activity. 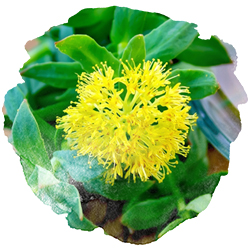 Rhodiola rosea is an adaptogen herb. Sometimes called “golden root,” this botanical has been a part of the official Russian medical system since the late 1960s, and was approved in Sweden as an Herbal Medicinal Product in 1985.

An eight-week clinical trial showed that using rhodiola extract was associated with a nearly 50 percent reduction in fatigue (as measured on a standardized scale). Like many plant medicines, standardized key compounds are important for optimal benefits. Rhodiola should have at least 5% percent rosavins and more than 1.8 percent salidrosides. These marker compounds better assure effectiveness. 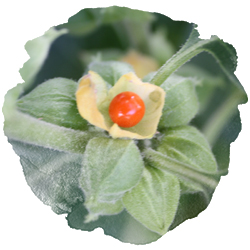 Ashwagandha (Withania somnifera) is another adaptogenic herb that has a great deal of research on energy, stamina, and fatigue.

In Sanskrit, this herb’s name means “smells like a horse.” Scholars point out that this name likely originated to indicate that using ashwagandha provides for you the essence of the horse: strength, endurance, and stamina.

In a study of healthy men and women, use of the herb ashwagandha improved response to exercise, cardiovascular fitness, psychological health, and social relationships over 12 weeks of use.

Paradoxically, ashwagandha increases energy in the daytime, but people using this herb during the day also report better sleep at night. This is likely due to ashwagandha’s ability to reduce the negative impact of stress on the body.

There are over 900 published studies on ashwagandha archived on the electronic database of the National Institutes of Health, and interest in this herbal medicine continues to increase.

Look for a clinically-studied ashwagandha that has a minimum of 5 percent withanolides. For best results, I prefer to use in the morning and early afternoon because that is the usual normal energy pattern for human physiology. 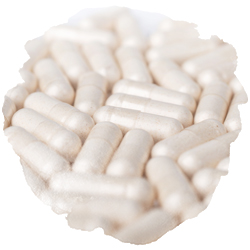 The mineral iodine is crucial to proper energy production in the body. Iodine is required for the thyroid gland to make thyroid hormone. Thyroid hormone dictates the rate and efficiency that our body converts fuel (food) to energy. If there is not enough thyroid hormone or it does not properly convert to its active form, people gain weight and lose energy.

We have less iodine in our food nowadays because of changes in farming and soil depletion. We also have less iodine in our diet because of changes in commercial baking, which used to use iodine as a dough conditioner. Because of these changes, Americans on average have about half the amount of iodine as did people in the 1970s. Some experts believe this may even be playing a role in the obesity epidemic.

How to Tell If You Need Iodine

Adding supplemental iodine for a few weeks will tell you whether lack of iodine might be contributing to lower thyroid function and fatigue.

A good starting dose of iodine is 6.25 to 12.5 mg each day. Iodine comes in more than one form, and a blend of potassium iodide, sodium iodide, and a small amount of molecular iodine can be very beneficial.

These supplements are the tip of the iceberg. There are many natural medicines that can improve health, and with it, energy levels. Taking the first step, and committing to work with your healthcare practitioner to get to the root cause of your ongoing fatigue, can move you in the right direction.

“The Prevalence of Iodine Deficiency in Women of Reproductive Age in the United States of America” by J.G. Hollowell, Public Health Nutr, 12/07

“Some Subgroups of Reproductive Age Women in the United States May Be at Risk for Iodine Deficiency” by C.G. Perrine, J Nutr, 2010

Cheryl Myers, RN, is an integrative health nurse, author, and expert on natural medicine. She is a nationally recognized speaker who has been interviewed by the New York Times, Wall Street Journal and Prevention magazine. Her articles have been published in Aesthetic Surgery Journal and Nutrition in Complementary Care, and her research on botanicals has been presented at the American College of Obstetrics and Gynecology and the North American Menopause Society. Follow Cheryl on Facebook!

Natural Ways to Improve Brain Function at Any Age

Strengthen a Weak Bladder with the Medicinal Herb Angelica