Looking for a way to curb your salty ways? With one out of four Americans living with high blood pressure, you’re not alone.

There’s breakthrough news, however: Researchers have found that consuming twice as much potassium as sodium can halve your risk of cardiovascular disease.

Scientists still aren’t sure how potassium mitigates sodium; one possibility seems to be that potassium prevents the body from absorbing it. But, potassium, which has long been a favorite among scientists for contributing to overall health, now offers us a new reason to love it.

In a study called DASH (Dietary Approaches to Stop Hypertension), volunteers who incorporated foods with a greater proportion of potassium into their diet appeared to decrease their blood pressure within two weeks. The foods included orange juice, raisins, and sweet potatoes.

In some ways, it’s no surprise, given the foods that make the list of best sources of potassium: avocado, beet greens, papaya, edamame, bananas, salmon, yogurt, and chicken breast. Indeed, potassium is attached to some of our healthiest choices.

But Americans are not making enough of those choices. The current recommendation is that we get at least 4,700 milligrams (mg) of potassium daily—about double the recommended amount for sodium. Curiously, Americans do the exact opposite, eating about 2,600 mg of potassium per day versus 4,000 mg of sodium.

While reducing sodium remains a key strategy in the fight against excessive sodium intake, adding more potassium-rich foods into your diet can act as a remarkable balancer. 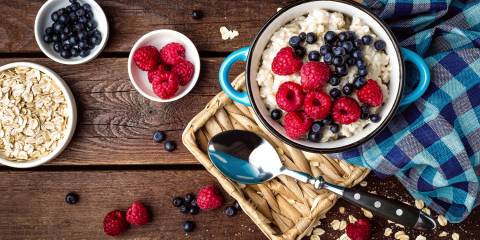