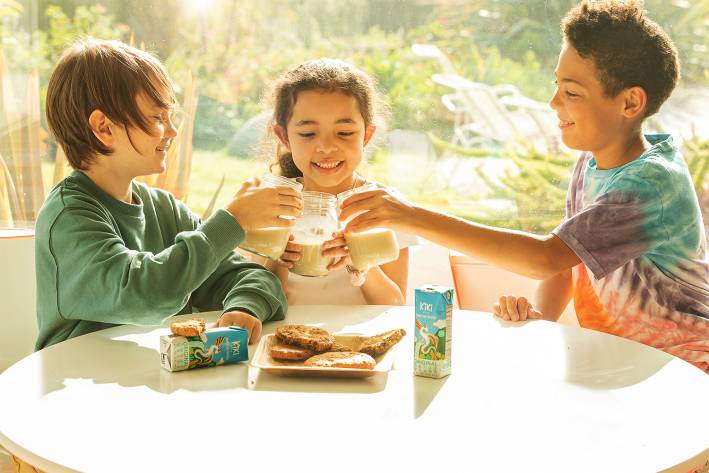 We host blogs from some of the leading voices in natural health and wellness. Opinions and views expressed by the author are their own, and do not necessarily represent those of Taste For Life or its editorial staff. Please contact Lisa Fabian with any questions about this content.

I drank cow’s milk growing up. But as an adult, I don’t tolerate it very well. I’ve tried every vegan alternative out there: soy, rice, oat, almond, coconut, hemp.

In baking, I’ve found it doesn’t matter much which variety you use—unless it’s a milk-heavy recipe like a pudding or a sauce. But over cereal? Or enjoyed on its own? Consistency and flavor are important when it comes to alternative milks.

Made from organic, nutrient-dense, and omega-rich super foods such as oats, coconuts, hemp seeds, sprouted pumpkin seeds, bananas, and amla (Indian gooseberry), this vegan milk is non-GMO and third-party tested to make sure the product contains no glyphosate.

Colorfully decorated with the whimsical artwork of dragons and whales, Kiki Milk’s single-serve, shelf-stable packages can be conveniently brought to school, work, or on-the-go activities.

The inside flap of the box the milk arrives in says it right: Made for kids. Enjoyed by all.

Oh, and if you fancy chocolate milk? They’ve got a version of that too. 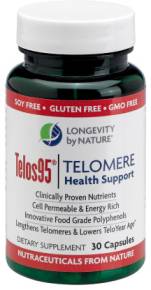 Research links aging to the shortening of telomeres, protective caps on the ends of chromosomes that help maintain DNA integrity. Over time telomeres shorten, which can result in impaired cell function or cell death. Telos95 preserves telomere length to slow the aging of healthy cells.