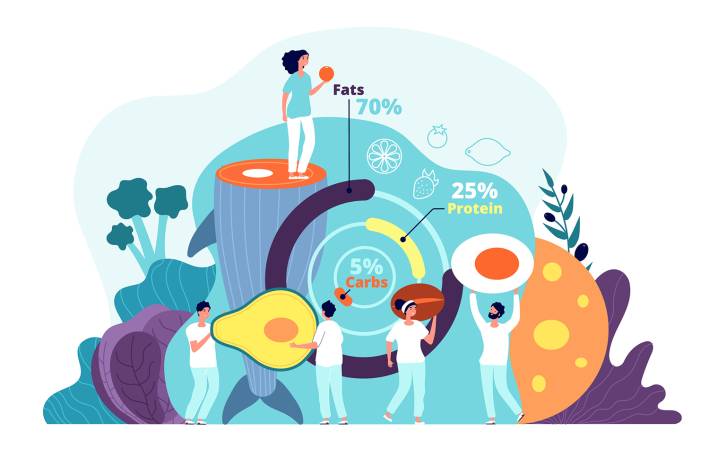 The latest in high-profile low-carb eating, the keto or ketogenic diet has been endorsed by celebrities and touted as a treatment for Type 2 diabetes. But beyond the hype, what’s the diet all about?

“Keto” is short for ketosis, a metabolic process that occurs naturally in the body. It works like this: If you don’t consume enough glucose to create energy, your body burns stored fats instead, a process that creates ketones, built-up acids that it can use for fuel.

The keto diet deliberately brings on ketosis in an effort to burn those stored fats instead of carbohydrates—hence the diet’s serious restriction of carbs. People on a keto diet generally get just 10 percent of their calories from carbs, no more than 20 percent from protein, and the rest from fat.

History Behind the Keto Diet

The keto diet may be newly popular, but it’s not a recent phenomenon. Carbohydrate restriction has been used since the 1920s as a treatment for epilepsy, and until insulin was discovered a century ago, people with diabetes avoided carbs.

Keto as a weight-loss plan harkens back to the Atkins, South Beach, and Paleo diets, all of which give a thumbs-down to carbs and thumbs up to fats.

The Science Behind Keto

While the weight-loss benefits of the keto diet have been widely touted, researchers are still weighing its risks and benefits. Authors of a recent study published in JAMA Internal Medicine wrote that “The ketogenic diet has recently received much attention for its promise of treating obesity and Type 2 diabetes. However, the enthusiasm for its potential benefits exceeds the current evidence supporting its use for these conditions.”

Others note that foods off-limits in keto eating, including beans, whole grains, fruits, and starchy veggies, are important to a well-rounded diet, and that the saturated fats that are keto-approved can contribute to heart disease.

On the plus side, proponents point to studies indicating that people on low-carb diets burn more calories and lose more weight than those on lower--fat diets. The American Diabetes Association has noted that reducing carb intake is the most proven method of controlling blood sugar. Several dozen studies of the diet’s effect on the brain, heart, and metabolism are currently under way, so stay tuned!

The diet has side effects that include headache, nausea, muscle cramps, dizziness, and more. Over the long run, the diet can cause kidney stones and deficiencies in vitamins and minerals.

For people with unchecked diabetes, it can bring on ketoacidosis, a condition caused by high levels of ketones in the body. So if you’re planning to embark on the keto diet for more than a quick weight-loss boost, be sure to check in with a healthcare practitioner.

What to Eat on a Keto Diet

What’s on the menu in the keto diet? You won’t be eating grains, candy, or soft drinks, and you’ll need to cut back on potatoes, yams, fruits, and legumes. Approved foods include:

“Ketosis and the keto diet,” www.WebMD.com

Is The Keto Diet Right For You? 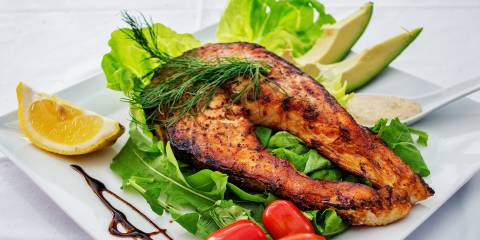 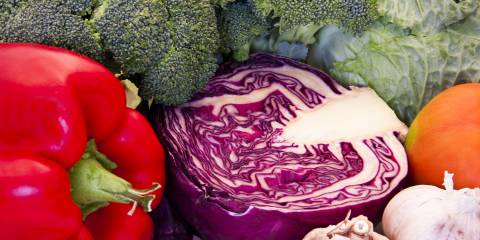