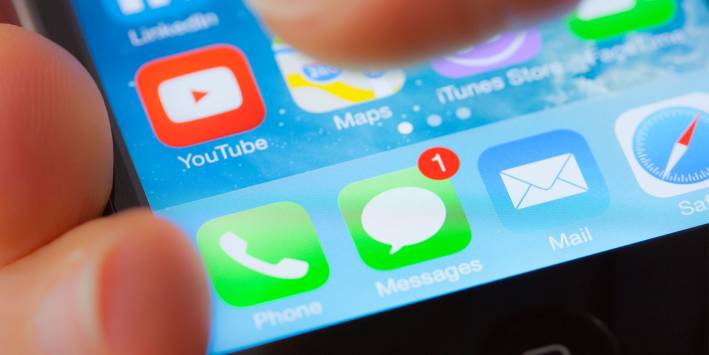 We host blogs from some of the leading voices in natural health and wellness. Please contact Ann Louise Gittleman, Ph.D., C.N.S. with any questions about this content.

When you talk on your cell phone, are you holding it at least one inch away from your head? Probably not. When the conversation is over, do you carry your phone in an approved carrying case, or do you slip it into your pants pocket, maybe even your bra?

Cell phones emit radiofrequency (RF) energy, a form of non-ionizing electromagnetic radiation that has major biological effects. According to the scientific literature, RF causes the body to emit 20 different kinds of stress hormones, can trigger blood-brain barrier leaks, and is responsible for DNA breaks, chromosome aberrations, sleep disorders, calcium dysregulation of the cell membrane, jumbled neurotransmitters and reduction of melatonin and glutathione secretion.

In a nutshell, using a cell phone is like putting your head in a microwave oven! Since 2011, electromagnetic radiation from mobile devices has been labeled a “possible human carcinogen” by the World Health Organization (WHO) and International Agency for Research on Cancer (IARC). Cell phone radiation levels have been clinically proven to increase localized glucose metabolism in the brain, which leads to the creation of free radicals that cause oxidative damage and increase our likelihood of cancer.

Who sets the standards?

How does the FCC determine the “safe” amount of RF exposure?

1996 was the last time the FCC evaluated cell phone radiation safety, when there were a mere 44 million cell phones in use.

Today, more than 300 million Americans are using cell phones—and they’re not just for making calls anymore. The way that we use mobile devices, as well as the technology involved has changed dramatically since the FCC’s assessment of cell phone radiation levels.

“Powerful industrial entities have a vested interest in leading the public to believe that EMF and RFR, which we cannot see, taste, or touch, are harmless,” notes Harvard Medical School pediatric neurologist Martha Herbert, PhD, MD.But, “cell towers can exert a disorganizing effect on the ability to learn and remember, and can also be destabilizing to immune and metabolic function.”

The FCC uses Specific Absorption Rate (SAR) to measure the rate at which the body absorbs RF radiation. Currently, 1.6 watts per kilogram (W/kg) averaged over 1 gram of body tissue is the allowable SAR in the United States. The European standard is over 5 times more stringent at a level of 2.0 watts per kilogram over 10 grams of body tissue. It’s time that our standards for cell phone radiation levels here in the U.S.A. are reevaluated!

Even based on the FCC’s antiquated standards for cell phone radiation levels, mobile manufacturers are still required to include a safety statement with their phones, saying that users should not have the phone within one inch of their body while the mobile device is transmitting or receiving a signal. FYI—your phone is ALWAYS transmitting and receiving signals!

But, of course, this statement is buried in the fine print of the owner’s manual, which is—you guessed it, available only online.

This is a direct quote from the manual of an iPhone:

“iPhone’s SAR measurement may exceed the FCC exposure guidelines for body-worn operation if positioned less than 15 mm (5/8 inch) from the body (e.g., when carrying iPhone in your pocket).”

When it comes to RF protective nutrition, add all natural whey protein powder and a natural melatonin supplement to your current regimen. Whey provides essential amino acids that act as precursors to glutathione—your body’s antioxidant powerhouse that is decimated by electromagnetic radiation.

Eating glutathione-rich broccoli sprouts will also help, as will taking a melatonin supplement to ensure optimum levels of this uber antioxidant hormone, especially at night.

RF diminishes melatonin production, impacting sleep and restoration of the body. Unlike other antioxidants, melatonin is able to cross the blood-brain barrier and neutralize free radicals that are destructive to cell membranes.

Like it or not, cell phones are this generation’s cigarettes—it will take years before we realize the full effects. Make sure you practice safe phone use now, so you don’t suffer the consequences later.

Share this blog with friends and family, and make sure to view the movie Mobilize to start the conversation about cell phone radiation safety!

Clinical Immunity offers a range of immune-boosting formulas with clinically proven ingredients that help increase the number, activity, and efficacy of immune cells in TWO HOURS.