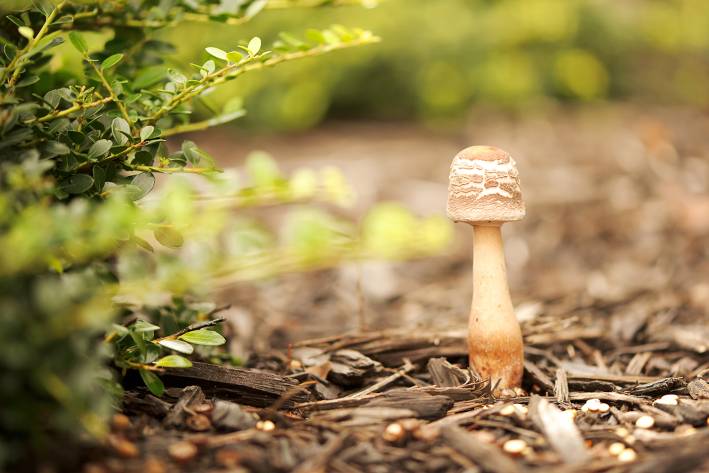 In partnership with Ridgecrest Herbals

When I first started gardening after I bought my first house, I noticed a white residue in some wood chips I had put down in some of my flower beds. Little did I know, that white residue is just what my garden needed! It was a magical little thing called mycelium.

Mycelium is a white, spiderweb-like structure, a network of cells that is the vegetative part of the fungus that lives within and throughout almost all landmasses on earth. The neurological network of nature. According to the book Mycelium Running: How Mushrooms Can Help Save The World, by mushroom expert Paul Stamets, “More than 8 miles of cells can be found in one cubic inch of soil.”

Mycelium represents rebirth, rejuvenation, and regeneration. Fungi generate soil, that gives life. The task that we face today is to understand the language of nature.

All ecosystems and agriculture depend on mycelium to support the health and resilience of vegetation. It is more similar to the animal kingdom than the plant kingdom, as it does not produce its own food and depends on plants for nutrients.

The benefits of mycelium are countless! It helps to keep a solid structure in soil, reducing erosion. It helps create new, fertile, and nutrient-dense soil. It removes industrial toxins from the soil, which includes pesticides, chlorine, dioxin (a highly toxic environmental pollutant) as well as PCB’s (highly toxic industrial compounds). It even helps trees become more drought-resistant and cleanses groundwater of contaminants and pollutants!

In the garden, mycelium helps to increase nutrients available to plants, improve water efficiency, reduce erosion by acting as a cellular net, and promote root growth by adding oxygen to the soil and releasing nitrogen, phosphate, and other micronutrients. It also helps to protect plants against pathogens by competing with pathogenic fungi and bacteria and encouraging beneficial bacteria growth.

90% of plants have a mutually beneficial relationship with fungi/mycelium. Mycelium is like an underground communication system linking roots of plants to share nutrients, water information, boosting immune function, and even sabotaging unwelcome plants by spreading toxic chemicals. Ren Sen Zeng of South China Agricultural University in Guangzhou conducted a study that found that when plants are attached to harmful fungi, they release a chemical signal into the mycelia that warn their neighbors.

How to Help Mycelium Grow in Your Garden

I am Shae, Social Media Goddess and Customer Service Fairy at RidgeCrest Herbals, and I am a licensed massage therapist. I am married with three fur babies. I am passionate about helping & educating others, and about life, love, and honesty.

I am a creative light at heart and enjoy learning new things. I am an herb nerd, hippy, kitchen witch, fairy creatress, goddess on a mission to love, be happy, and help others awaken to their inner light. 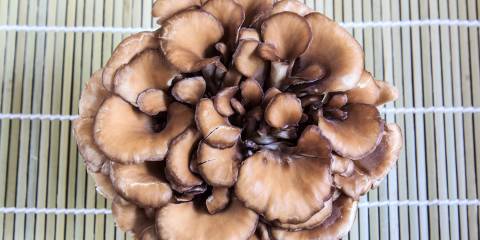 5 Seeds You Should Meet 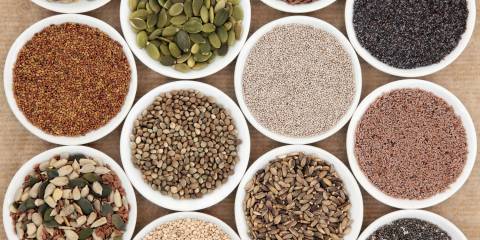 What’s Coming Out of That Garden Hose?