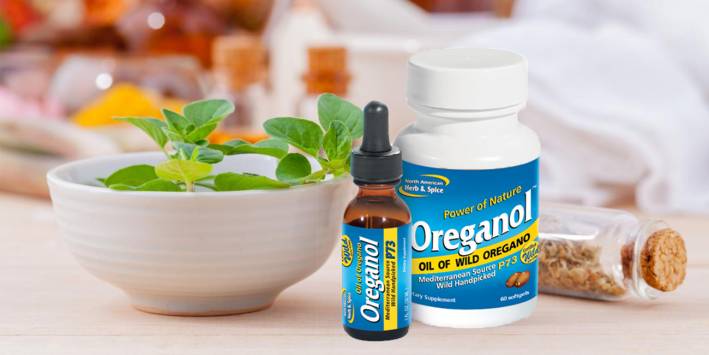 Anyone who has had an herb garden can attest to the power of the oregano plant: A few pinched leaves from this aromatic perennial can add potent flavor to all kinds of dishes and prove a nice addition to pizzas or tomato sauces or any-thing in need of Mediterranean-style flair.

Origanum has been revered for thousands of years. Ancient Greeks used it for wounds, headaches, and venomous bites.

But that’s just the beginning. The oil from oregano (which is also pungent) is highly regarded outside of the kitchen for its ability to boost immunity during cold and flu season. And now this: There is some evidence—albeit preliminary—that oregano oil can help relieve skin conditions like acne, athlete’s foot, cold sores, and dandruff.

In fact, the antibacterial and antifungal properties of this Italian-food favorite may one day make it a must-have medicinal. Until then? Here’s the latest on oil of oregano, and a few reasons why it’s earned its place in the beauty aisle.

The Science Behind Oregano Oil

Oregano contains numerous phenolic and other chemical compounds (including carvacrol and rosmarinic, oleanolic, and ursolic acids) that have beneficial biological effects. One in-vitro (test tube) study, as well as an in-vivo study on mice, demonstrated these compounds have antimicrobial properties and are effective against Candida albicans, a type of yeast that is a common cause of fungal infections.

You can use oil of oregano for certain dermatological conditions. Dilute a few drops of the oil with a tablespoon of olive, coconut, or grapeseed oil, and massage it into your skin at the site of inflammation or irritation.

Oregano oil can also be mixed and applied with chamomile, eucalyptus, tea tree, or spearmint oil. Do not apply the oil to sensitive areas or open wounds, and consult a healthcare practitioner before using the herb for any therapeutic reason if you’re pregnant or breastfeeding.

Oil of Oregano for Cold and Flu

Although its name is derived from a Greek word that means “joy of the mountains,” most of us think “joy of the pizza” when it comes to oregano. Its wild cousin, Origanum, has been revered for thousands of years. Ancient Greeks used it for wounds, headaches, and venomous bites. It preserved food during the Middle Ages, and to seventeenth-century Brits, it was the go-to remedy for head colds.

In the twenty-first century, research has discovered oil of oregano’s antibacterial, antioxidant, antifungal, and antiviral benefits. Its essential oils have demonstrated antimicrobial properties that may help prevent or treat antibiotic-resistant infections. Research from the UK has found that Himalayan oregano fights MRSA, the contagious staph infection that’s considered a superbug because it is hard to treat.

One of oregano’s chemical components is carvacrol, a compound that appears to fight infection as effectively as traditional antibiotics. Other components of oregano also have antibiotic properties, and carvacrol is found in other oils such as thyme.

Used in a steam inhalation, oil of oregano can help relieve coughs and other upper respiratory cold and flu symptoms. Add a few drops to hot water and then breathe in the steam to help clear the sinuses and bronchial passages. If you’re allergic to basil, mint, hyssop, marjoram, or sage, avoid this oil. Pregnant women should also avoid it, since it has traditionally been used to help expel the placenta following birth.

To relieve a sore throat related to colds, coughs, or flu, make a throat spray with a few drops of oregano oil in a half cup of distilled water in a spray bottle, or use as a gargle. An integrative healthcare provider can offer advice for your symptoms.

“The Treatment of Respiratory Ailments with Essential Oils of Some Aromatic Medicinal Plants” by Y. Rakover et al., Harefuah, 10/08

Immune Strategies for Cold and Flu 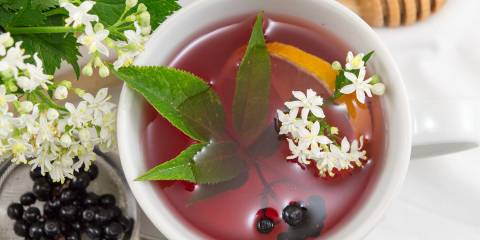 QUIZ: Are you prepared to fight the flu? 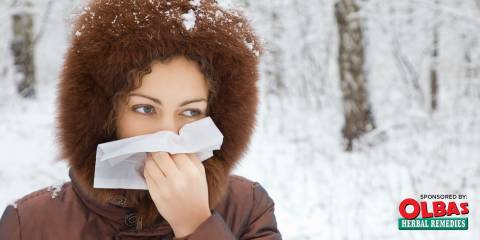 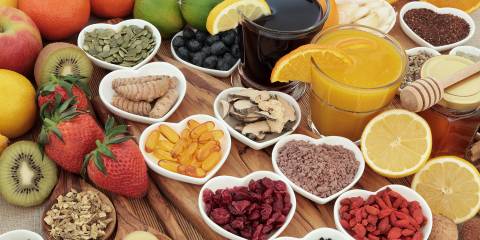