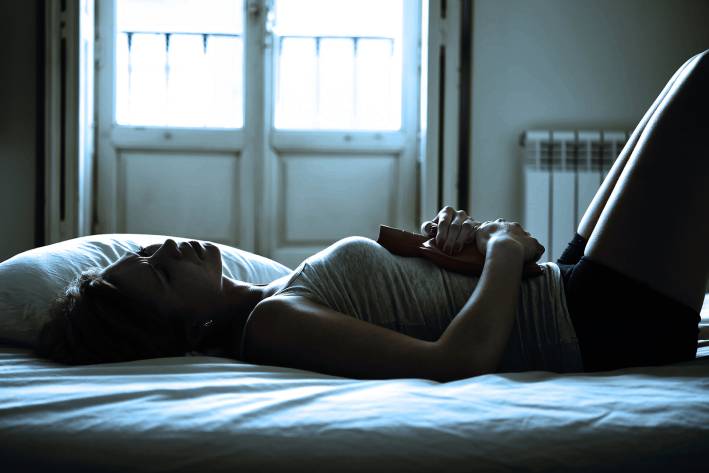 We host blogs from some of the leading voices in natural health and wellness. Opinions and views expressed by the author are their own, and do not necessarily represent those of Taste For Life or its editorial staff. Please contact Dr. Jacob Teitelbaum, MD with any questions about this content.

Signs That Menstrual Bleeding is Too Heavy

Signs You Should See Your Gynecologist

In my patients who have been recommended to have a hysterectomy because of fibroids and bleeding, treating these areas often eliminated the need for surgery.

Just as heavy bleeding can cause low iron, low iron can cause heavy bleeding—creating a nasty spiral. I give iron until the ferritin blood test is over 60 ng /ml. The doctor will say it is normal if over 12, but this has been shown to miss over 80% of cases of severe iron deficiency. Get the ferritin up over 60, and ignore the test’s normal range.

Take 50 milligrams of iron a day (containing at least 50 mg of vitamin C to help absorption). Iron supplements will normally turn the stool black. Do not take iron within 6 hours of thyroid meds, or it will botch the thyroid's absorption.

If symptoms of low thyroid are present, or a test called the "Anti-TPO Antibody" is positive, consider supplementing with a low dose of thyroid hormone, even if the thyroid tests are normal.

Clinical experience suggests that vitamin A 50,000 units a day for 3 months may help (along with the other 2 above — I use all 3 together) in cases of dysfunctional uterine bleeding that occurs around menopause. This is a high dose of vitamin A and will cause birth defects, so people need to be sure to not get pregnant while on it and for six months after they've stopped taking it, and to not take the vitamin A if they have liver disease (may worsen the hepatitis). I mostly try this as an alternative to hysterectomy for chronic heavy bleeding.