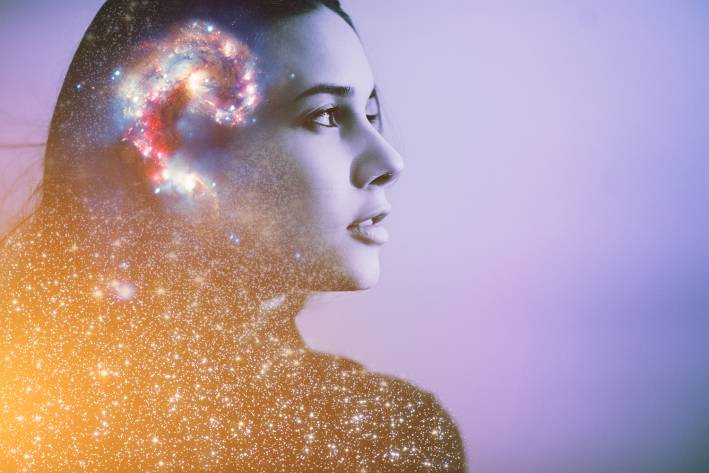 One way or another, science seems to be at the center of our universe these days. Both science and technology certainly form a kind of lens through which we view and measure the world around us. The media is constantly bombarding the public with articles and other coverage advising how to exercise, optimise nutrition, and maintain health on the basis of recent scientific studies, regardless of the fact that many of them sometimes present confusing or conflicting results.

Even more troubling, scientific advice on the subject of nutrition or other areas involving preventive health often reverses itself over the course of time. Now that COVID-19 is here, medical opinion and information about the virus is being positioned as definitive when, in fact, there is much that’s still unknown about the virus and how it functions in human environments.

While the intent of scientific studies is worthy – to foster better healthcare – the underlying assumption of much medical advice seems to be that the general public can’t quite be trusted to make these kinds of decisions on their own. Those who don’t blindly accept the authority of various pronouncements by the medical establishment about things like diet and nutrition (whether doing so on the basis of a spiritual stance, a holistic lifestyle, or for some other reasons) are sometimes accused of being ‘anti-science’.

This kind of false dichotomy and polarisation has been going on for some time, but seems to have ramped up considerably over the last five years. In January 2015, for example, a cover story appeared in National Geographic called ‘The War on Science’. The article grouped together those who denied that the moon landing was an actual event and other fringe ideas with people who opposed the use of GMO foods. What was disingenuous and flat-out wrong about this arbitrary grouping was the assumption that all of these views could be easily categorised as a single phenomenon.

The reality on the ground is quite different. While most people would likely place moon landing deniers in the much dreaded ‘conspiracy theorists’ category, major opposition to the use of GMO products in the food supply has now gone mainstream. Years ago, the popular fast-casual US food outlet Chipotle Grill came out with a stringent and well-publicised non-GMO policy. Many conventional food producers such as Post Cereals now label some of their products as GMO free. And a wide range of consumers now avoid GMO products.

A Return to Ancient Values?

This odd clash of values hardly suggests an easy relationship between science and various forms of natural approaches to health and medicine or environmentally-aware values. But why should this tension exist at all? And why do many in the established scientific community spend so much time trying to convince us that holistic or natural approaches are not advisable?

Many people who are oriented towards natural health solutions are also involved in alternative spiritual practices or even some forms of traditional religious involvement. We might then justifiably ask if there is a larger phenomenon at work here, perhaps involving a clash of deeper belief systems percolating under the surface of these dust-ups. Is this deeper dynamic some kind of oppositional relationship between Western scientific materialism and an emerging consciousness, or quasi-spiritual awareness, oriented towards reverence for the earth, nature, and natural processes? An awareness that might have roots in deep history and that recognises that we are now being called upon to make radical changes in our current way of life to protect our environment and our planetary home from disaster?

The notion of a conflict between either science and spirituality or between science and the humanities runs deep in Western thought. In 1959, British scientist C.P. Snow gave a famous lecture on the ‘The Two Cultures’, predicated on the idea that science and the humanities had become split into two oppositional cultures. Science and religion have for decades been regarded by some as antithetical, but as compatible by others (including the Dalai Lama). This debate still appears to be alive and well. And there are many commentators who look to assure us that there’s no conflict between science and religion, including well-known spiritual teacher Deepak Chopra. In a popular PBS program from 2015, The Future of God, he argued that there are great similarities between quantum science and spiritual modes of thought.

On one level at least, this is likely very possible. Correspondence at the highest levels of science with aspects of spiritual and metaphysical reality has been explored extensively. Einstein wrote many insightful essays about this phenomenon, and Gary Zukav’s classic book The Dancing Wu Li Masters: An Overview of the New Physics made another important contribution. Many practitioners of alternative spirituality also hold to the view that quantum physics and spirituality are mutually supportive.

When we start peeling the onion and looking deeper into these issues, however, it becomes apparent that this easy confluence of values only works at the highest levels of pure science.

It is in the realms of quantum physics and advanced theoretical science where the nature of reality itself – also the terrain of the spiritual and metaphysical – is explored and examined. Here there is not only a lack of conflict but one body of knowledge informs and at times even illuminates the other. However, the same cannot be said for other domains of science where much of the confusion about the relationship of science and spirituality also tends to bubble up.

The kind of science we’ve been talking about so far is pure science as opposed to applied science. The latter, along with the technology used to implement it, has much more impact on our daily lives and the overall quality of life. There’s a huge difference between the pure science that Chopra and Zukav focus on and the often heavily corporatised applied science that now filters down through various technology regimes, affecting all of us. These regimes include modern medicine, which is heavily influenced by Big Pharma and threatened by natural approaches to health and wellbeing that are nowhere near as lucrative.

In many cases, behind that powerful and influential body of applied science and technology lies a specific system of institutionalised values and assumptions about how we should live, expressed expressed in the offerings of institutional medicine. As these systems filter through society, aided and abetted by powerful corporate or institutional interests, we see them attempting to shape our cultural norms. In this unfolding, holistic health or more spiritually oriented methods of healing such as Qigong become medically suspect. One especially pernicious mindset working against these other forms of healing is the notion that if something can’t be measured or quantified, it can’t be a valid and worthy aspect of human experience, a belief system associated with a hidden systems of values called scientific materialism.

With the increase in emphasis in our educational systems on science, technology, engineering, and mathematics (STEM) and the corresponding decline in liberal arts, music, and art, these values are becoming increasingly prevalent. In addition, they are serving to reinforce the already strong tendency towards scientific materialism already prevalent in our culture. I would suggest that it is this mindset that is at odds with not only spirituality but also with holistic and natural medicine. Further, there are many examples of alternative approaches – even the simple act of taking vitamins – now under attack by Big Pharma and other medically oriented corporate interests.

In conclusion, these observations will hopefully suggest that – rather than some sort of ‘war on science’ taking place as the National Geographic article would have us believe – we might consider the possibility that the opposite dynamic is taking place. Perhaps the deeper reality is that science – or more accurately the system of values and assumptions associated with corporate-funded applied science and technology – is in fact attacking spirituality, holistic health, environmental awareness, and any other regimes of thought that might purport to challenge its claim on ultimate authority.