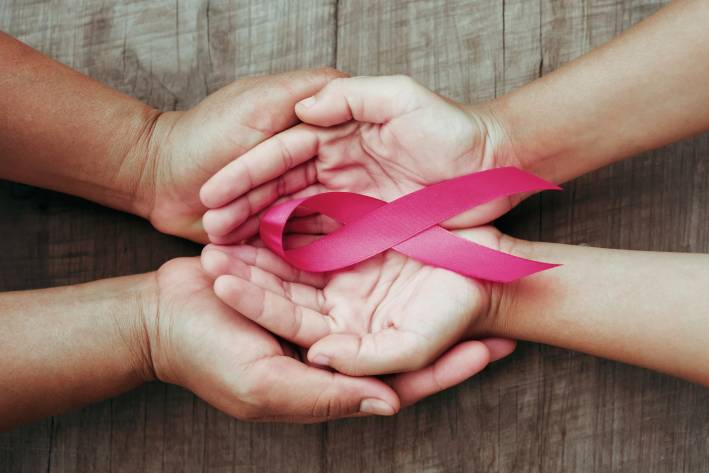 Genetics plays a role in who gets breast cancer and who escapes it, but research shows we can be proactive and significantly mitigate the risk through diet and exercise.

Researchers from the Department of Internal Medicine at the University of Kansas Medical Center studied the effects of flaxseed consumption on slowing or stopping the progression of breast cancer cells. The scientists looked at flaxseed lignans, specifically the compound secoisolariciresinol diglucoside (SDG). Not only did SDG stop the spread of the cancer cells, but it also seemed to reverse or repair the biomarkers that prompted the disease to begin with.

How much flaxseed? Less than 50 grams (5 tablespoons) per day, according to Katherine Zeratsky, a registered dietitian with the Mayo Clinic. Ground flaxseed is digested more easily than whole seeds. You might add a tablespoon to your breakfast cereal (hot or cold) or yogurt, or you might put a teaspoonful in your mustard or mayonnaise next time you’re making a sandwich. Bake some into your favorite muffin or cookie recipe to amp up the healthy in your treats!

Taking epigallocatechin gallate (EGCG), a polyphenol found in green tea, is another way to keep cancer at bay. A 2017 study determined that EGCG “can prevent and inhibit breasttumorigenesis... and is cytotoxic toward breast cancer cells.” In other words, EGCG stops breast cancer cells from forming in the first place and, if it does come across some, it’s going to work to kill them.

Scientists working for the National Institutes of Health took a look at the long-term (five years) effects of maintaining proper levels of vitamin D (found in plenty of fortified grocery items or naturally in mushrooms, egg yolks, salmon, tuna, and beef liver, and produced naturally by your body in sunshine) and breast cancer. A 2017 report showed that for women with the highest blood serum vitamin D levels,
breast cancer hazards were reduced by 21 percent compared to women with the lowest levels.

If that isn’t enough inducement to keep some dairy products close by, another study showed that vitamin D works with omega-3 fatty acids to increase the death rate of breast cancer cells.

Researchers have found that having low levels of docosahexaenoic acid (DHA) can increase cancer risk and progression of the disease. The study showed that the polyunsaturated fats in omega 3s from fish oil can elevate DHA levels and hasten the response of certain anticancer therapies while simultaneously lessening harmful side effects that such treatments can prompt.

“The role of docosahexaenoic acid (DHA) in the control of obesity and metabolic derangements in breast cancer” by A. Molfino et al., Int J Sci, 4/16

Foods that Protect Against Breast Cancer 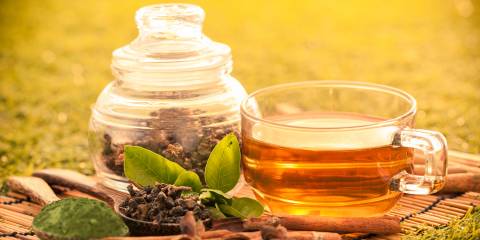 Our organic smoothies are a complete win for all. Immune support and digestive health§ made quick and delicious! Grab, shake, and enjoy billions of probiotics, 6g protein, calcium, vitamin D, and 14 essential vitamins and minerals.