Beetroot or “beets,” the edible taproot portion of the beet plant, get a bad rap in the West. In portions of Eastern Europe and beyond, where borscht (beet soup) is frequently on the menu from noonday on, they’ve long known of the endurance-boosting qualities of this seemingly simple red vegetable.

Now athletes, and the scientists and nutritionists who study ways to boost athletic performance on the playing field, are taking notice of beets.

Working with his colleagues in the Sport and Health Sciences, College of Life and Environmental Sciences at England’s University of Exeter, Andy Jones, PhD, looked at whether, and how, beet juice could impact athletic performance.

In the Run-Up to Your Run

Jones and his team concluded that when it comes to beet juice and athletic performance, you should drink about 2 1/2 cups roughly two to three hours before you need it. Concentrates (“shots”) and powders are available over the counter. If that’s your preference, you’re looking for the equivalent of roughly 600 ml of juice to achieve peak performance.

Beets are rich in inorganic nitrates. Consumed a few hours in advance of your activity, those nitrates mingle with the bacteria in your saliva and convert them to nitrites. (If you use mouthwash or gum after consuming the beet product, this conversion will not occur.) Your body takes it from there, converting the nitrite into nitric oxide. Athletes know that the average nitrite boost of 12 percent to 14 percent means improved blood flow, muscle contraction, and neurotransmission. That can improve performance, the study showed, by as much as 2 percent.

Another plus: Blood pressure drops when those nitrites kick in.

Athletes in the study also needed an average of 3 percent less oxygen to maintain specified levels of moderate exercise if they drank beet juice two to three hours before a race or a game. That’s right: Drinking beet juice means you’ll use less energy to keep up the same pace as before.

One study showed that even nonathletes can benefit from beet juice. Patients with heart failure who drank it saw a 13 percent boost in their muscle power two hours after consumption.

Let your competitors beat that! (Or should that be “beet” that?)

“Beet Juice: How Much and When?” www.RunnersWorld.com 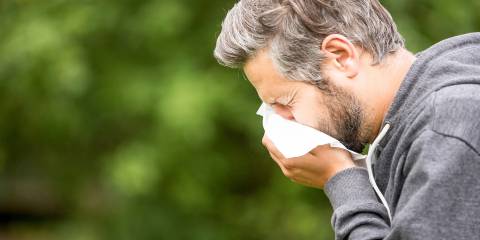