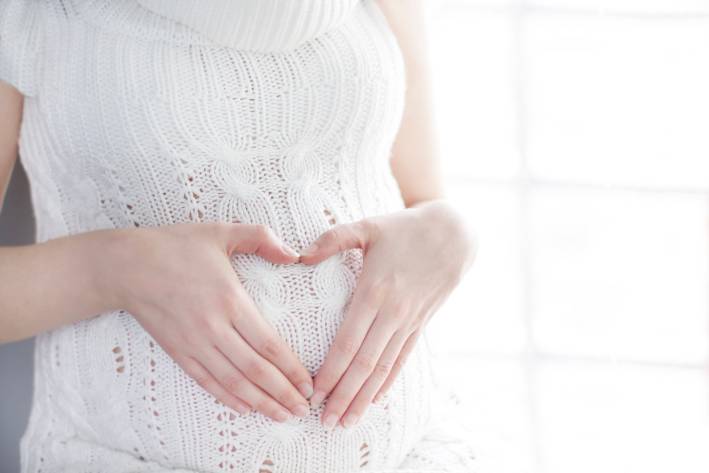 Ah, pregnancy. That wonderful time of life when a woman glows with health and happiness as she feels a new life stir inside her. Or maybe not.

While some women are lucky enough to go through those nine months feeling great and having boundless energy, others (to be quite frank) aren’t so lucky. From morning sickness to leg cramps, swollen ankles to all sorts of unmentionable discomforts, pregnancy can be a literal pain in the neck (and head, and stomach, and feet). Of course, women who are expecting want to avoid medications if at all possible, so what’s a mom-to-be to do when she feels less than stellar?

Pregnancy is an ideal time to become familiar with alternative remedies. “Many of the common concerns of pregnancy—headaches and back pain, for example—can be effectively treated without medications,” says Tracy Gaudet, MD, director of Duke University Center for Integrative Medicine. Nutrition, massage, and an array of supplements are all valuable tools to consider during this time.

One of the most common and perhaps most misunderstood conditions that can occur during pregnancy is morning sickness. “For some women, these symptoms can cause tremendous discomfort and disruption in everyday life,” says Dr. Gaudet. “Of course, sickness is not limited to mornings; it can happen any time.” While soap operas and sitcoms would have us believe that the nausea comes on quickly and disappears just as fast, the reality is that morning sickness can last anywhere from a few days to the entire length of the pregnancy—though symptoms are often worst during the first 9 to 12 weeks.

As if nausea wasn’t enough, some women suffer from severe heartburn during pregnancy. “There’s lots of baby and not so much room,” says Olson. As the baby grows, there’s less and less room for pickles and ice cream, so even the smallest meal can lead to discomfort. “Studies at the American Botanical Council support the safe use of slippery elm bark, marshmallow root, and chamomile during pregnancy to help ease common digestive problems,” says Olson.

Another option is fennel, says Kathryn Higgins, founder of Motherlove Herbal Company. While she cautions that fennel oil is too strong to use during pregnancy, fennel seeds or tea are another matter. “There’s a reason they have a jar of fennel seeds at the door at Indian restaurants,” says Higgins. The seeds, often candied, are an aid for digestion.

All that extra weight can really take a toll on your legs, not to mention increased pressure on your nerves from your growing uterus. Regular leg massages and foot baths can help alleviate aches and encourage good circulation. “Increasing dietary calcium and vitamin C can help prevent leg cramps,” says Olson. “Herbs naturally high in calcium include oat straw, nettle, and alfalfa. Another benefit of calcium is that it’s naturally calming,” she adds.

Higgins says it’s easy to incorporate oats into your diet and suggests eating some oat bread or oatmeal to fend off leg cramps and to calm your nerves at night once the baby arrives. Externally, oats can be used in a warm (not hot) bath to soothe an itchy, expanding belly.

Walking around with the equivalent of a big sack of potatoes strapped to your stomach can certainly take its toll on other parts of your body, and that’s why many women suffer from hemorrhoids during pregnancy. As your uterus grows, pressure is put on the surrounding veins, which can cause them to become swollen and inflamed. “Witch hazel, an astringent herb, is approved to help reduce the swelling and itching caused by hemorrhoids,” says Olson.

The enlarging uterus, plus iron in prenatal vitamins, can lead to constipation. In addition to eating right and getting plenty of rest during pregnancy, it’s especially important to drink water. Not only will it keep you hydrated, but water can also help alleviate constipation, as well as headaches and fatigue. Choose fiber-rich foods such as whole grains, fruits, and vegetables. “Many of the laxative herbs traditionally used for constipation such as senna, buckthorn, Cascara sagrada, and rhubarb should be avoided because they can trigger uterine contractions,” warns Olson. But bulk fiber, including oat bran, celery fiber, wheat bran, flaxseeds, prunes, and psyllium husk powder can be safely eaten or added to juice or tea.

Pregnancy is a time when the body goes through major changes, and sometimes that means discomfort. “Ensuring adequate time for rest, exercise, a healthy diet, meditation, and laughter can help an expectant body regain and maintain its balance,” says Olson. “This is the time to pamper yourself and to spend time appreciating the miraculous work your body is doing.” Remember, no matter how queasy you are or how uncomfortable you may be, there’s a light at the end of the tunnel: a beautiful bundle of joy! 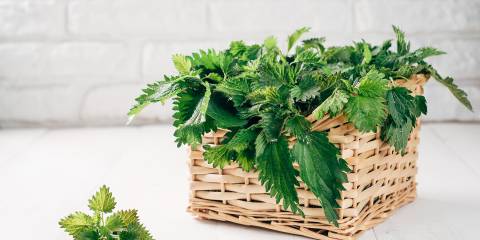 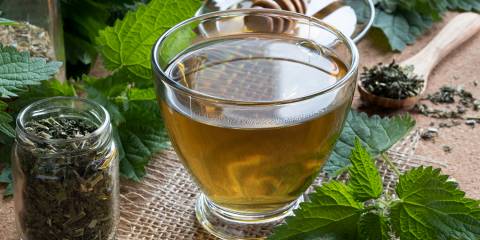