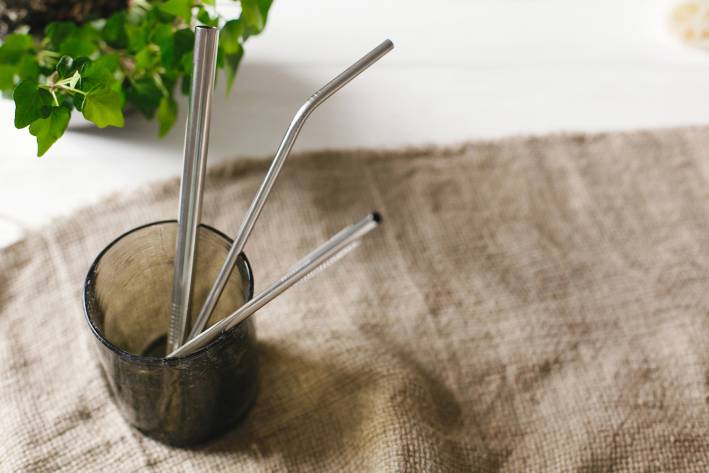 In 2014, the war on plastic gained steam as California became the first state to ban plastic bags in large retail stores. The legislation also required a 10-cent tax on recyclable single-use bags. Since then, 12 major US cities, including Boston, MA; Seattle, WA; New York, NY, and Chicago, IL, have imposed either bans or taxes on the use of single-use plastic bags in stores.

An Ocean of Plastics

Now, governments and businesses are similarly eyeing the phase-out of plastic straws.

In February 2018, National Geographic reported that over 500 million plastic straws are used daily in the United States. The publication called them one of the most infamous ocean polluters as fish and other marine animals can get intertwined in the plastic or nibble on it. This report also referenced a viral 2015 video that showed a scientist removing a plastic straw from a sea turtle’s nose.

While plastic is the culprit behind a number of marine deaths, researchers also suggest that plastic straws could impact human health. The Washington Post reported that any type of straw use could cause bloating and cavities as it sends both unnatural amounts of oxygen and a stronger concentration of beverages into a person’s mouth.

When using a plastic straw specifically made from polypropylene, the Post noted that a person could potentially ingest small amounts of chemicals commonly found in this plastic.

At the moment, big companies including Starbucks, American Airlines and Royal Caribbean have outlined plans to eliminate plastic straw usage and provide alternatives, while others like Hyatt say that they will only offer plastic straws by request.

As it did with plastic bags, California will become the first state to ban plastic straws in sit-down restaurants beginning in 2019. Along with California, the West Coast cities of San Francisco and Seattle have also mandated a phase-out of plastic straws.

How Can You Prevent Straw Use?

In a review of straw product alternatives, New York Magazine points to silicon straws as a strong option as they provide a similar sensory experience as plastic straws, provide temperature control with hot or cold beverages, and can be burnt into biodegradable ash when they are no longer used.

Those interested in supporting handmade products may wish to look for stylish, durable, and affordable glass or metal straws from local businesses or on websites like Etsy.

One notable glass straw maker is Keikos Bead Box. The Delaware-based business offers many glass straw products on its Etsy page, including a 3-pack of glass straws in various colors for $15.

“Plastic Straws Aren’t Just Bad for the Environment — They Can Be Bad for Your Body,” by Christie Brisette, www.WashingtonPost.com, 7/3/2018

“Production, Use, and Fate of All Plastics Ever Made,” by Roland Geyer, Jenna R. Jambeck, and Kara Lavender Law, www.ScienceMag.com, 7/19/17

“Straw Wars: The Fight to Rid the Oceans of Discarded Plastic,” by Laura Parker, www.NationalGeographic.com, 2/23/18 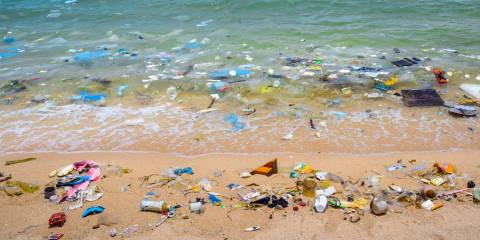 50 Ways to Love the Planet

Olbas Oil for Children is especially formulated for little ones and those with sensitive noses. Milder than Original Olbas Oil  and with a pleasant orange scent, it’s the perfect aromatherapy choice for children.