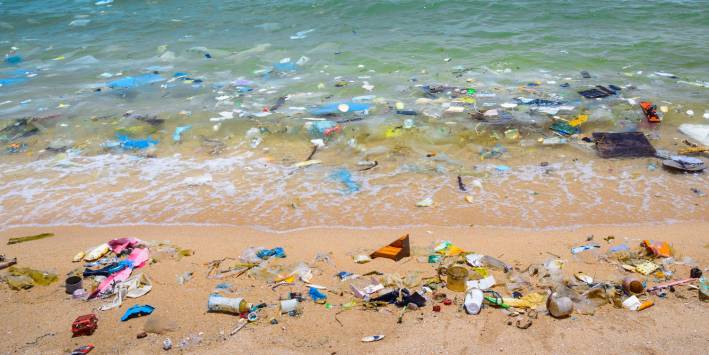 In partnership with Klean Kanteen

Everywhere we turn there’s an abundance of plastic items: packaging, to-go cups, bags, utensils, straws. In fact, over the last decade we’ve produced more plastic than we have in the previous century—nearly 300 million tons each year—half of which is used once and thrown away. Plastic is cheap to produce and ship. It’s highly flexible and versatile. And it’s become a $100 billion global industry.

Despite all its conveniences, the ubiquitous use of disposable plastic comes at a cost. According to a study by Jenna Jambeck, PhD, an environmental engineer at the University of Georgia, an estimated 8 million metric tons of plastic end up in our oceans every year—and that number continues to grow at an alarming rate. 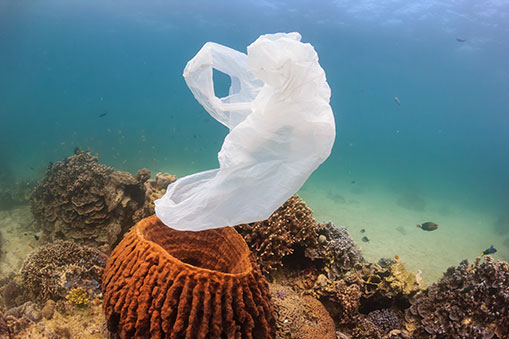 Apart from the problems volumes of trash cause, plastic is made of petroleum and contains dangerous toxins. According to Julie Andersen, executive director of the Plastic Oceans Foundation, “While many plastics don’t biodegrade, they photodegrade. UV light exposure combined with salt water and the churn of the ocean breaks down all those plastic bottles and bags into tiny toxic pieces, which are ingested by marine animals and get into the food chain.”

Bonnie Monteleone, ocean researcher at the University of North Carolina, added, “Some plastics have been shown to leach toxic chemicals when exposed to heat or prolonged use. Styrene, for example, has been classified as a possible human carcinogen while many plastics contain phthalates and bisphenol A (BPA), originally designed to be a female hormone replacement, that mimic estrogen and can disrupt the endocrine system. Our endocrine system is what manages every cell in our bodies. When ingested, these chemicals have been linked to reproductive issues, neurological disorders, cancer, obesity—and can affect male genitals before birth.”

Yet we continue to consume disposable plastics at an astounding rate. While recycling is always better than tossing something in the trash, the global waste infrastructure can’t keep up with the consumption.

Plastics are complex and don’t melt down the way aluminum and glass do. “Only a few plastics are truly recyclable,” explained Monteleone. “Most containers are downcycled into something of lower quality that will eventually end up in landfills or our oceans.” 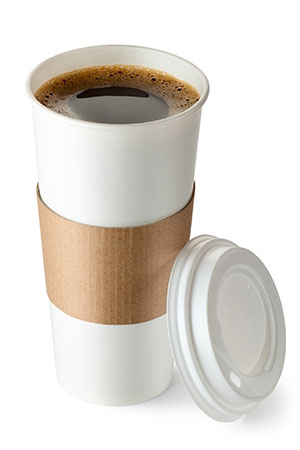 Disposable coffee cups are some of the worst offenders. The US churns through more than 50 billion cups every year, yet many consumers don’t realize that cardboard cups have a thin plastic liner that can’t be broken down through recycling. “Plastics are predominantly made out of petroleum, but we eat and drink out of them even though they’re known to leach chemicals like BPA, especially when heated,” said Monteleone. “We’ve got to do more than reduce, reuse, and recycle. We’ve got to refuse plastic.”

A New Way of Thinking v. the Old Way

Some organizations are taking nonrecyclable plastics and turning them back into fuel to help offset offshore drilling. Others are developing environmentally friendly plant-based materials and compostable plastics. But other companies are fighting environmental progress every step of the way because they’re profiting from the problem. “No one is holding those organizations accountable,” said Andersen. “Unless proper policies are put in place to make them responsible for the waste they produce, the problem is going to continue. Our goal is to encourage people to reduce what’s not essential.”

Plastic bags, plastic bottles, and straws are the biggest threat to our environment. In the old days, we brought coolers with paper cups instead of plastic water bottles. Milk, ketchup, and salad dressings came in glass bottles. And we made coffee at home.

“Start by making a difference in your own life,” Schutes suggested. “Use reusable beverage containers. Say no thank you to straws. And bring your own bags whenever you can. There are a ton of small simple steps you can take that will have a huge impact in the long run.”

Become an agent for change. Consider the following:

“From Sea to Plate: How Plastic Got Into Our Fish,” www.TheGuardian.com, 2/17

“The Politics of Plastics: The Making and Unmaking of Bisphenol A ‘Safety’” by S.A. Vogel, American Journal of Public Health, 11/09

You asked for it, we made it - a narrow version of all your favorite Kanteens. This new streamlined profile is optimized for easy grip, packing and carrying. Smaller hands will especially appreciate this new style! Narrow is available in select sizes across our Single Wall Classic, Vacuum Insulated Classic and Kid Kanteen lines.

The Last Straw: Why People Are Ditching Plastic Straws 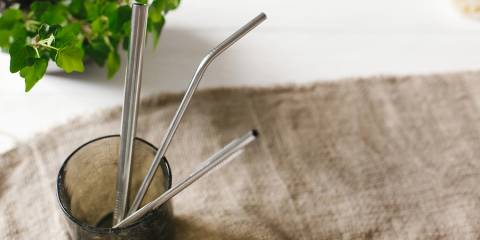 50 Ways to Love the Planet