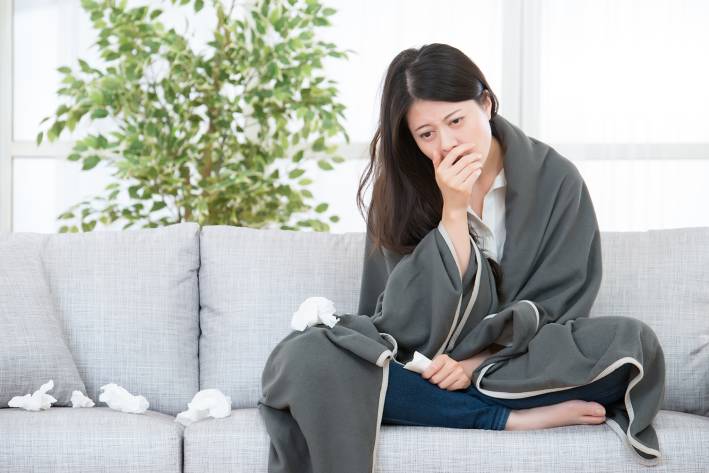 Humans and microorganisms have lived together for hundreds of thousands of years. Many bacteria are beneficial and live with us symbiotically, especially in our gut, where they promote our health in exchange for luxury intestinal hotel accommodations. The vast majority of microorganisms are neutral. And a few are called pathogens, meaning they make us sick.

A pathogen can be a bacteria, fungi, or virus. And they don’t make us sick because they want to destroy us, though sometimes, by accident, they do. They make us sick to spread their numbers, to grow and proliferate. Whenever you cough or sneeze, you are sending these pathogens into the air to set up housekeeping in new hosts (people) where the cycle can repeat itself. Like blowing on a dandelion, the microorganisms are sent into the world.

Other pathogens get into our bodies by hitchhiking a ride on our food or drink, and some get into our bloodstream by cuts or open areas, or sharing needles.

The good news is we have our own defense force, constantly patrolling to find and destroy the bad guys. This is our immune system, and the most active parts of the blood-based immune system are our white blood cells.

The pathogens that cause all colds and flu (influenza) are viruses. Viruses are hard to deal with because there are almost no drugs that can treat the cause of colds and the flu. Antibiotics don’t work—they only kill bacteria.

The best way to deal with colds and the flu is to not get sick in the first place. To avoid illness, you need three things. First, block or remove the virus before it gets in your body. One example: wash your hands! Second, make your immune system as powerful as it can be, and third, kill the viruses directly. These latter two strategies will also help you recover much faster should you become ill.

The intelligent use of dietary supplements can be a powerful weapon against these illnesses. Here are some of my favorites.

Vitamin D has had a great deal of renewed interest with the advent of clinically supported higher dosages. While using 200 IU of vitamin D may not do much for cold and flu prevention, 2,000 IU (or more) can make a huge difference.

In a study involving school-age children, the effect of vitamin D was investigated for its effects on seasonal influenza A. The children were given either 1,200 IU/day of vitamin D or placebo. The vitamin D supplemented group experienced over a 40 percent decrease in influenza A infection, compared to placebo. Additionally, children with a previous history of asthma had a significant reduction in asthma attacks when supplemented with vitamin D.

In a 2016 study involving overseas air travelers, participants were given an Austrian Haschberg elderberry or placebo for cold prevention. The elderberry group had half as many illness (cold or flu) as the placebo group, and those in the elderberry group who did get sick recovered two days faster and their symptoms were not as severe

Scientific studies have shown that elderberry is a strong antiviral agent. In a cellular model, it was even effective against avian influenza (bird flu).

Elderberry acts against viruses in two ways. First, it neutralizes virus particles so that they cannot enter host cells. Viruses cannot reproduce outside of cells, so keeping them out means they cannot replicate. Second, elderberry causes the immune system to activate, which can help control the spread of a viral infection.

Elderberry can be even more powerful when it is taken with zinc, mixed bioflavonoids, and vitamin A.

Propolis is collected and transformed by bees prior to being used in the beehive for fortification and protection. In fact, propolis means “Defender of the City.”

Propolis is antiviral, which is great news for a cold or flu, but also possesses some antibacterial properties as well. This means that propolis may be useful for preventing secondary infections triggered by a cold or flu—like pneumonia—which are usually bacterial. Many of the antiviral studies were done on a purified propolis, removing wax, resin and impurities to yield a more powerful concentrated extract, called GH2002 in Germany.

OK, not exactly a dietary supplement, but sleep is incredibly important for preventing and recovering from colds and influenza.

Aside from feeling tired and run down, researchers have found that sleeping only four to five hours a night leads to up to a 70 percent reduction in natural killer cells, white blood cells that fight infection.

Stage four sleep is also the time you make most of your human growth hormone, which is used in the repair and rebuild mode the body enters in deepest sleep. That is one reason you are so sleepy when you are ill—your body wants you to shut down so it can get busy with the business of healing you.

Many experts believe that 2017–2018 could be one of the worst years for flu illnesses to date.

Australia reported almost 100,000 confirmed cases of the flu, which is over 200 percent greater the infection rate last year. Patterns in Australia are often a good prediction of flu activity in the United States as we enter the winter months.

Hospitalizations in Australia due to the flu have also doubled. So this year, it is an especially good idea to take care of yourself and your family with healthy diet, lots of handwashing, and excellent immune-boosting supplements.

“Association of Insufficient Sleep With Respiratory Infection Among Adults in the United States” by A.A. Prather and C.W. Leung, JAMA Intern Med, 2016 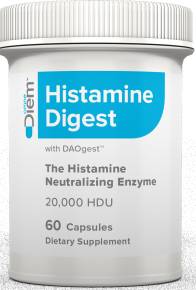