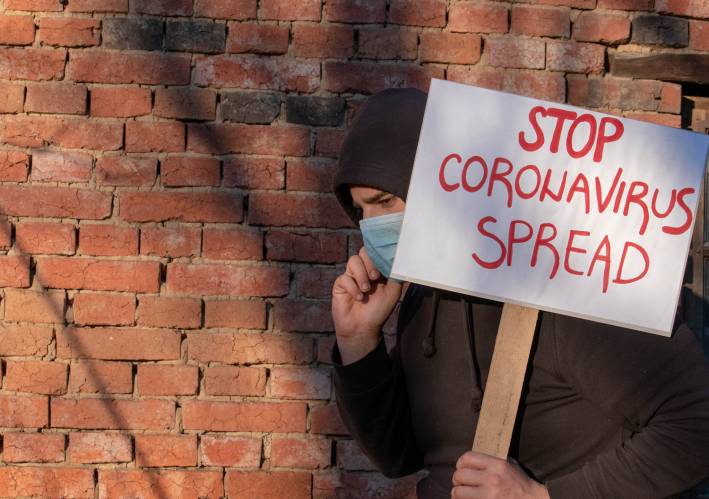 With the fast, worldwide reach of the media, it seems like every year we hear about a new illness outbreak looming on the horizon. In 2001 it was anthrax, 2002 was West Nile virus, 2003 was SARS, and in the following years it’s been H1N1 influenza, Ebola, and Zika viruses, among others. And now in 2020, we have a new coronavirus emerging.

The World Health Organization has now declared the coronavirus outbreak centered in Wuhan, China a “public health emergency of international concern,” with cases diagnosed as far as Europe, Thailand, Japan, and the US. This currently rivals the SARS coronavirus outbreak as far as total numbers, but the relative good news is that the fatality rate is much lower at 2 percent right now. Unfortunately, the media coverage and medical system response is enough to create panic for anyone.

Fortunately, all viruses share the same fundamental weaknesses, and there’s so much we can do to safely, easily, and naturally exploit these weaknesses to boost our immune system and protect ourselves from getting sick. For instance, did you know the magnesium chloride that is commonly used even in hospital ICU departments to save lives can also help fight off a virus? It’s true, and magnesium chloride is readily available for home use as well, so you don’t have to get sick to have access to it. And you can easily make it into a gel to apply to your children’s skin, so you don’t have to worry about getting them to take a pill.

With a basic understanding of how common viruses spread, some simple common sense precautions, and nutrients to boost your immune system, you can help protect your family from this public health menace.

The first thing you need to know about fighting off viruses is that the earlier you start, the better your interventions work. Don’t wait until you have a fever and cough, start at the first sign of a sniffle or that feeling that you might be coming down with something. Pay attention to local media and area schools with what they announce is going around, and boost your immune system ahead of time so you never have to miss a day of work.

When you have to go out in public during a viral illness outbreak (like flu season) to run errands or attend events, make sure you understand how the virus is spread and take appropriate measures. Most viral illnesses that cause outbreaks are airborne. This means they spread through tiny droplets that come from coughs and sneezes, and can travel all the way across a crowded room through the air, landing on solid surfaces or being breathed in.

Take Caution When in Public Spaces

Door knobs, shopping carts, keypads at the checkout, chair arms, and even the items you touch while shopping can all have contaminated droplets on them. While you are out, take special care to not touch your face and wash your hands regularly, or at least once you leave the store. If you are immune-compromised, wear a mask.

School children should wash hands regularly throughout the day, and athletes who play sports like basketball need to be aware the germs can travel on the ball and they need to use a towel (not their hands) to wipe sweat from their faces, and wash their hands after playing.

The Difference Between Viruses & Bacteria

Viruses aren’t like bacteria, so you can’t simply take an antibiotic to get over them. Bacteria stick to the outside of your cells, while viruses inject themselves inside your cells, using your own cells as a layer of protection. This makes it difficult to develop medications that stop viruses without injuring our own cells. This is why we look to natural alternatives that help boost our immune systems so they fight off foreign invaders more quickly, and also help to strengthen cell membranes so the viruses can’t get in to begin with.