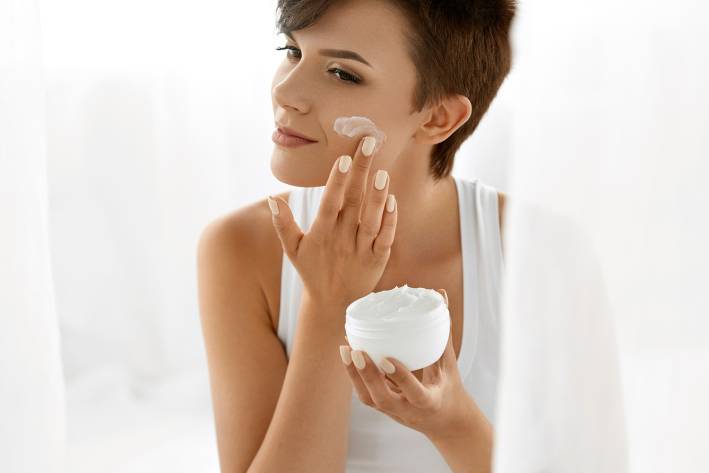 We host blogs from some of the leading voices in natural health and wellness. Opinions and views expressed by the author are their own, and do not necessarily represent those of Taste For Life or its editorial staff. Please contact Lisa Fabian with any questions about this content.

When I used to go for the occasional facial, the esthetician would ask me which brand of products I used. I thought she was genuinely interested in knowing (and maybe she was). But after this happened a few times, I realized the query came about because she was attempting to plug the spa’s featured product lines.

Sometimes these lines were high quality and effective, but other times they were nothing I was interested in.

I wish I was introduced to Mushroom Wisdom’s Aquamella Skin Cream back then. I’m glad I’ve found it now. This cream is advanced skin care containing the intriguing ingredients tremella and pearl. Tremella is a popular mushroom used as a traditional Chinese herb and in Chinese cuisine. It’s also an ingredient Asian women use to enhance their beauty. Tremella is popular for its hydrating properties, and it’s even more effective and longer lasting than hyaluronic acid. Nutrient-rich pearl powder is also added to Aquamella’s formula, offering advanced skin-supporting peptides.

The first time I used Aquamella, I found it to be incredibly rich and creamy with a luxurious feel. My skin felt smoother and softer and immediately had a protective layer of moisture. Even the next morning my skin was still supple and hydrated.

Aquamella reduces fine lines and boosts hydration with no parabens, TEA, or PEGs. Packaged in a BPA-free container, it can be applied to the face, neck, or hands, or anywhere it’s needed. A 2-ounce jar costs $52.45.

If you're interested in trying it, you can purchase Aquamella from Mushroom Wisdom.