OK, so you’ve used garlic countless times to ward off vampires. Who amongst us hasn’t?

But have you considered using this wonder bulb (Allium sativum, an offshoot of the onion genus) to keep your heart healthy too? When aged (for up to 20 months), the odorless extract from garlic known as aged garlic extract (AGE), has been clinically proven to ward off something far more threatening than the likes of Lestat or Dracula—heart disease.

Garlic as medicine has a long history. Ancient Egyptian tombs dating back to 3700 B.C. contain drawings and carvings of garlic. Garlic as a remedy for heart disease, tumors, and headaches is documented in the Papyrus Ebers (an Egyptian herbal medicine guide from roughly 1550 B.C.).

Hippocrates (the guy responsible for the physician’s “First do no harm” Hippocratic oath) prescribed garlic back in the fourth century B.C. for parasites, poor digestion, respiratory problems, and fatigue. In the Middle and Far East, garlic has been used for centuries to treat bronchitis, liver disorders, colic, rheumatism, and fevers, to name just a few applications.

Take Two Garlic Cloves and Call Me in the Morning

The National Library of Medicine, part of the National Institutes of Health (NIH), explains that garlic is widely used to treat atherosclerosis (hardening of the arteries), high cholesterol, coronary disease, and hypertension and there are hundreds of studies documenting garlic’s benefits.

Garlic extracts have been proven to prevent cancer in animals. Studies show that the more garlic people consume, the lower the risk they have of developing gastric and colon cancers. The Iowa Women’s Health Study, after reviewing the diets of 41,000 middle-aged women, concluded that those who regularly ate fruits, veggies, and garlic had an up to 35 percent lower risk of colon cancer. In men, garlic seems to shrink an enlarged prostate.

Other benefits include throttling thrombosis (blood clots), lowering blood lipids (cholesterol), and stimulating your immune system to battle disease. Studies show that people who took garlic for 12 weeks during cold season got fewer colds and those who did catch cold had shorter-lasting symptoms than those in the placebo group.

Inside the Garlic Clove

Specifically, AGE contains S-allylcysteine, an active and stable component that allows for standardized dosing. Some research shows that AGE doesn’t cause bleeding problems when taken with certain blood-thinning medicines, such as warfarin.

When garlic is extracted for long periods of time, it produces antioxidants, such as allicin (which gives garlic its distinctive aroma), which help prevent oxidant damage and the hardening of your arteries.

The chemical compounds in AGE also protect your DNA from damage caused by free radicals and exposure to ultraviolet (UV) rays. A buildup of free radicals is thought to contribute to heart disease, cancer, and Alzheimer’s disease.

The NIH notes that research indicates that AGE may also help combat the loss of brain function associated with aging by increasing cognitive functioning, such as memory. There are also indications that AGE can protect against the toxic effects of certain cancer treatments, liver toxicity caused by carbon tetrachloride (an industrial chemical), and acetaminophen.

“What Are the Benefits of Garlic?” www.MedicalNewsToday.com, 9/26/14 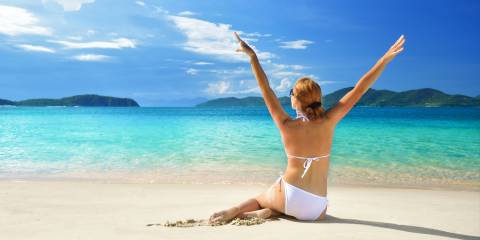 How to Make Sure Your Supplements are Safe & Sustainable

The Power of Traditional Chinese Medicine