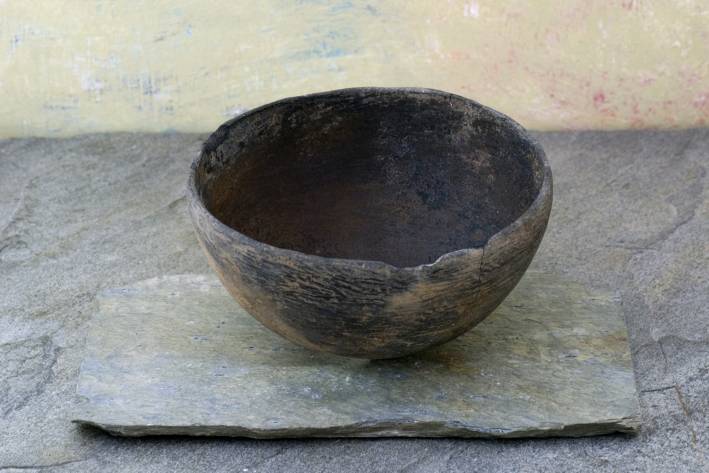 I don’t know who the wise person is who first said that but they were on to something. I first came across it in a tai chi class. My teacher had said it in reference to something that was “off” in my own practice, and somehow it stuck with me. For a hopelessly type A person like myself, it was just what I needed to hear.

Perfection is an elusive and often problematic notion that seems deeply embedded in our culture. At times, the desire to improve, while noble and good, can take on a life of its own. It gathers its own momentum and before we know it, we’re “pushing the river.”

There was a Planet Fitness where I used to live and I drove by it frequently. Somehow seeing all those dedicated souls working so frenetically to improve their bodies seemed a bit joyless and sad. I get the same impression from some popular exercise regimens that promise to put you through a “boot camp” of some sort. The notion of a tai chi or a yoga boot camp seems to me like a contradiction in terms.

Some yoga programs seem to take on a quality of intense competitive pressure to better oneself instead of doing what yoga was really intended to do: get us to slow down and tune into body, mind, and spirit. This tendency seems like a purely cultural construct that gets mapped onto a practice that’s thousands of years old. What’s wrong with this picture?

My own experience has taught me that, when it comes to natural living and spiritual practice, striving for perfection or adamantly pursuing it is bound to fail. Not only will it fail, it might make us miserable in the bargain.

My tai chi teacher Alan is a wise man and a lineage holder for a practice that extends back thousands of years. His teacher, Bruce Frantzis, advises students to use what he calls the 70 percent principle. This basically means you never apply more than 70 percent of your effort in learning and doing the moves. Alan also advises his students to “stroll casually toward perfection.”

Bringing these practices deeper into my own life has helped me appreciate the value of things that are less than perfect. It also points to the deep flaws in the currently fashionable thinking that we can merge with computer technology to become perfect human beings. I regard this as a kind of pathological thinking that is completely contrary to the need to re-orient ourselves to the natural world and also learn the art of acceptance.

There’s a principle in Japanese art call wabi-sabi, which is derived from Buddhism. It cultivates an appreciation for things that are less than perfect. Wikipedia describes it as follows: “In traditional Japanese aesthetics, wabi-sabi is a world view centered on the acceptance of transience and imperfection. The aesthetic is sometimes described as one of appreciating beauty that is ‘imperfect, impermanent, and incomplete’ in nature.”

I like this notion a lot and have thought about it over the years as something worthy of study. I’ll close on this note with a few lines from an unpublished poem of mine called “Making Friends with Wabi-sabi”:

A better day loomed. But now look where we’ve gone.
In this sleek online world, there’s no room for mistakes,
rough edges or anything less than a kind of imperfect perfection.
I miss the wabi-sabi of my youth. And so let us celebrate:
the beauty of crooked things, the beauty of old things and
the beauty of error and redemption.

Frontier Co-op Premium Nutritional Yeast has a robust umami flavor that is nutty and cheesy — a versatile pantry staple as a cheese substitute or seasoning for snacks, veggies and sides.