Preparing an all-plant diet doesn’t take up all these vegans’ time. They still manage to fit in winning Iron Man races or creating diet regimes or producing hilarious (yet helpful) cooking videos or writing books, and sequels to those books—all to share with anyone who wants to learn more.

Here are a few places to look:

2. The paperback version of Rich Roll’s book Finding Ultra: Rejecting Middle Age, Becoming One of the World’s Fittest Men, and Discovering Myself has just been released. Find his podcast, information about his PlantPower diet, and more at www.richroll.com

3. Brian L. Patton shows how to make a massaged kale salad in Episode #30 of The Sexy Vegan Cooking.

Vegan chef and funnyman Brian L. Patton had this to say about a hypothetical comedy battle between a vegan and someone following the Paleo (caveman) diet:

“The Paleo is the new, seemingly, cool kid on the block. Everyone's checking him out. Everyone's interested. He doesn't have to work too hard. The vegan has been around a while. The vegan has been the butt of jokes for decades. And like the fat kid in middle school (I was one, so I’m allowed), the vegan has developed a sharp wit as a defense mechanism. I'm not saying that there aren't any humorless vegans out there . . . believe me there are A LOT of them. But if we put our best up against Paleo's best, it would be a bloodbath.” 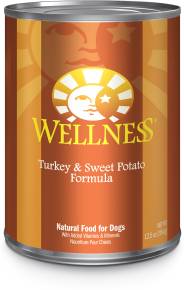 Wellness Complete Health Pate recipes are packed with protein and veggies that contain all the nutrients your dog needs to stay active.