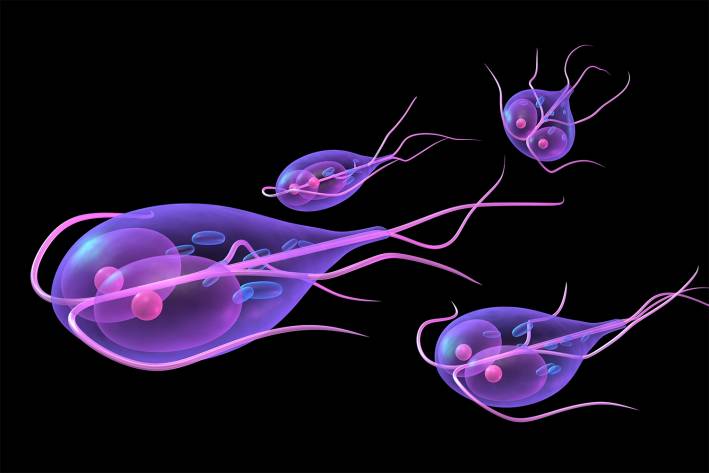 If you’re one of the many who caught me on the Parasite Summit, thank you for tuning in! I hope you’ve left this summit feeling that you’re on a bright path towards discovery, health, and healing. For those of you just getting to know me—or those of you who don’t know my story—I’d like to share how I became acquainted with this hidden epidemic that has infiltrated our country.

First, ask yourself the following questions . . .

Do you feel tired most of the time? Are you experiencing digestive problems—gas, bloating, constipation or diarrhea—that come and go but never really clear up? Do you suffer from food sensitivities and environmental intolerances? Have you developed allergic-like reactions and can’t understand why? Are you depressed? Do you have difficulty gaining or losing weight no matter what you do? Have you even tried a yeast control program that helped to some degree but know you can’t stay away from bread, alcohol, fruit, and fruit juices all of your life? Do you sense something is not quite right with you but just can’t figure out the cause—and, for that matter, neither can your doctor?

If these symptoms or feelings sounds familiar, then you may be an unsuspecting victim of the parasite epidemic that is affecting millions of Americans. It is an epidemic that knows no territorial, economic, or sexual boundaries. It is a silent epidemic of which most doctors in this country are not even aware. Yet, according to the late parasite expert and medical researcher Louis Parrish, MD, at least eight out of ten of his patients had some kind of parasitic infection.

A Startling Introduction to Parasites

Here is the untold story that finally solves the mystery of many chronic health disorders. It is a story that began for me back in 1974 when I stumbled upon the connection between parasites and disease. In that year, at a special class for the study of “scientific nutrition” in Albuquerque, New Mexico, instructor Hazel Parcells, DC, ND, PhD, introduced the topic of worms in a most visual manner. She showed the class various preserved specimens of internal visitors that had been passed by patients undergoing treatment for a wide array of unresolved health problems.

I have never forgotten the sight of those little bottles and what was in them.

For the next two years, I refused to eat in any restaurants. But most important, what I learned from Dr. Parcells was that worms, from the microscopic amoeba to the feet-long tapeworm, are a fundamental root cause of mystery disease and are associated with health problems that go far beyond gastrointestinal-tract disturbances.

Since then, in my own nutritional practice, I have observed that many unexplained health conditions often disappeared when parasites were eliminated from the body. These conditions included environmental illness, skin problems, digestive problems, excessive fatigue, hypoglycemia, arthritis-like aches and pains, long-standing obesity, and even depression.

Painstaking examination of my clients’ food habits, favorite ethnic restaurants, lifestyle, and travel records often revealed the source of infection. I was amazed to find that a patient’s travel history was often the missing key to unlocking the underlying cause of persistent flu-like symptoms, allergy, fatigue, gas, and intermittent constipation and diarrhea. Frequently, symptoms started shortly after a vacation to tropical islands, Asia, or South America or a camping trip to Colorado.

A central problem in solving the parasite puzzle is that many parasite-based illnesses can mimic diseases more familiar to the doctor. Roundworm infection, for example, has been misdiagnosed as peptic ulcer, and amoebic colitis is often mislabeled as ulcerative colitis. Chronic fatigue syndrome and yeast infection may really be a cause of chronic giardiasis, while diabetes and hypoglycemia can be caused by tapeworm infection.

The majority of doctors in the United States do not recognize parasites and therefore do not diagnose them.

This may be due to the fact that parasitology courses in medical schools are usually offered by a tropical disease department, giving rise to the notion that parasites are primarily a foreign concern. Furthermore, the inability of technicians to accurately diagnose the problem compounds the issue. The parasites’ own reproductive style, in which eggs or cysts are passed at irregular intervals, also makes accurate diagnosis tricky.

Today, parasite and the disease they cause are no longer found just in faraway places like the topics—places that conjure up images of poverty and poor hygiene. Some parasites, like giardia and pinworms, are, in fact, found predominately in temperate climates. These organisms as well as others have become more prevalent in America because of a number of modern-day factors.

The idea of harboring a living organism inside our bodies is repulsive and unpleasant to dwell upon, but learning all we can about our unwelcome boarders is the only way we can discover enough to evict them and rid ourselves once and for all of their presence. This is one situation where ignorance is definitely not bliss.

If you’re eager to learn more, I put together a report with my friends and colleagues at the Health Sciences Institute titled The Hidden Parasite Epidemic: 5 Proven Ways to Eliminate the Monsters Inside You. I hope that this information empowers you and your loved ones to get to the root cause of ongoing illness. While the idea of having parasites might be shocking, this knowledge may also be a tremendous step towards answers you thought you’d never find.

Feel well throughout your day.  A single  Melt-well has 12.5mg CBG + 12.5mg full spectrum CBD + 200mg Blueberry Extract – regarded for its great antioxidant support & more! Use code hotproduct for 15% off.